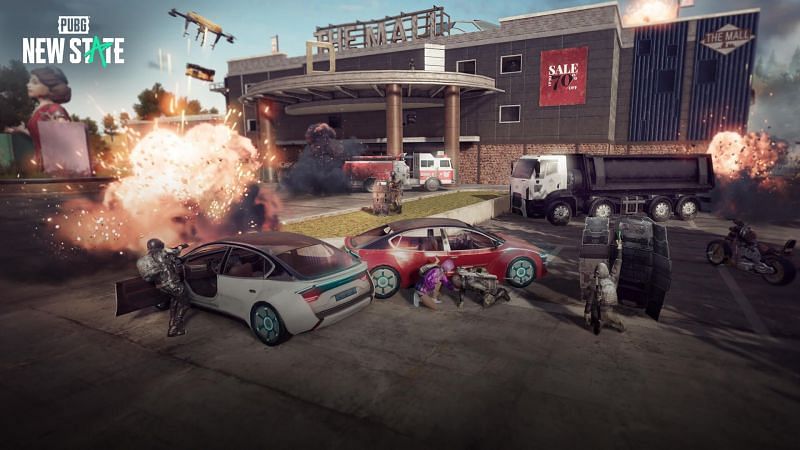 PUBG New State Mobile aims to add a new dimension to the battle royale segment. Developers Krafton Inc. decided to bring a revolutionary change to the gaming sector with this new game.

An official statement from Krafton Inc. indicated that players would be experiencing a new class of graphics in mobile gaming. The publisher described the change as,

“Ultra-realistic graphics that exceed the limits of mobile gaming with the global illumination technology, PUBG: NEW STATE surpasses what was previously possible in mobile gaming graphics.”

The official trailer for PUBG New State Mobile was dropped shortly after the game was announced in February 2020. The trailer shows gamers glimpses of what they will experience. Players also have the opportunity to win an in-game reward before it is available for download.

This article dives into the details of the official trailer and the in-game rewards.

The trailer for PUBG New State Mobile begins with players waiting to be dropped from the airplane on the map. Action follows quickly as the video reveals a series of close combats between various opponents.

The trailer teased breathtaking vehicle pursuits across the map. The improvised cars and vehicles will make every chase interesting. Gamers who are into fast cars and bikes will find the new vehicles gripping.

According to the developers, PUBG New State Mobile takes place in the city of Troi. The game is set in the year 2051. Hence, players will see various futuristic gameplays. The vehicles have been improvised on and showcase futuristic designs.

The once peaceful city of “Troi” is no more.
Severe poverty and economic division have driven the city into an era of darkness.
What will your experience in Troi 2051 be like?

The trailer also teased location exposure with the help of a drone. Players can anticipate more such futuristic gameplay in PUBG New State Mobile.

The PUBG New State teaser already has over three million views so far. That number is expected to rise before the game hits the market. This only goes to prove the excitement within the community regarding this title.

Krafton Inc. has also announced a special in-game reward as a pre-registration bonus. Players who pre-register before the game’s release will be rewarded with a permanent limited edition vehicle skin. Claim the pre-registration reward by logging in to PUBG New State Mobile after it is released.

PUBG New State Mobile holds a lot of potential to be one of the finest games ever. Expectations are high from the title. It will also be competing in the gaming market against industry leaders like COD Mobile, Free Fire, and Fortnite, among others.

The developers have not mentioned any launch date yet. So players will have to wait patiently for some time before logging in to take on their opponents in this brand new edition of PUBG Mobile.

PUBG New State has active social media handles and communicates the latest information about the game via Twitter and Facebook. Players should visit the title’s official Facebook page to view their announcements and videos.