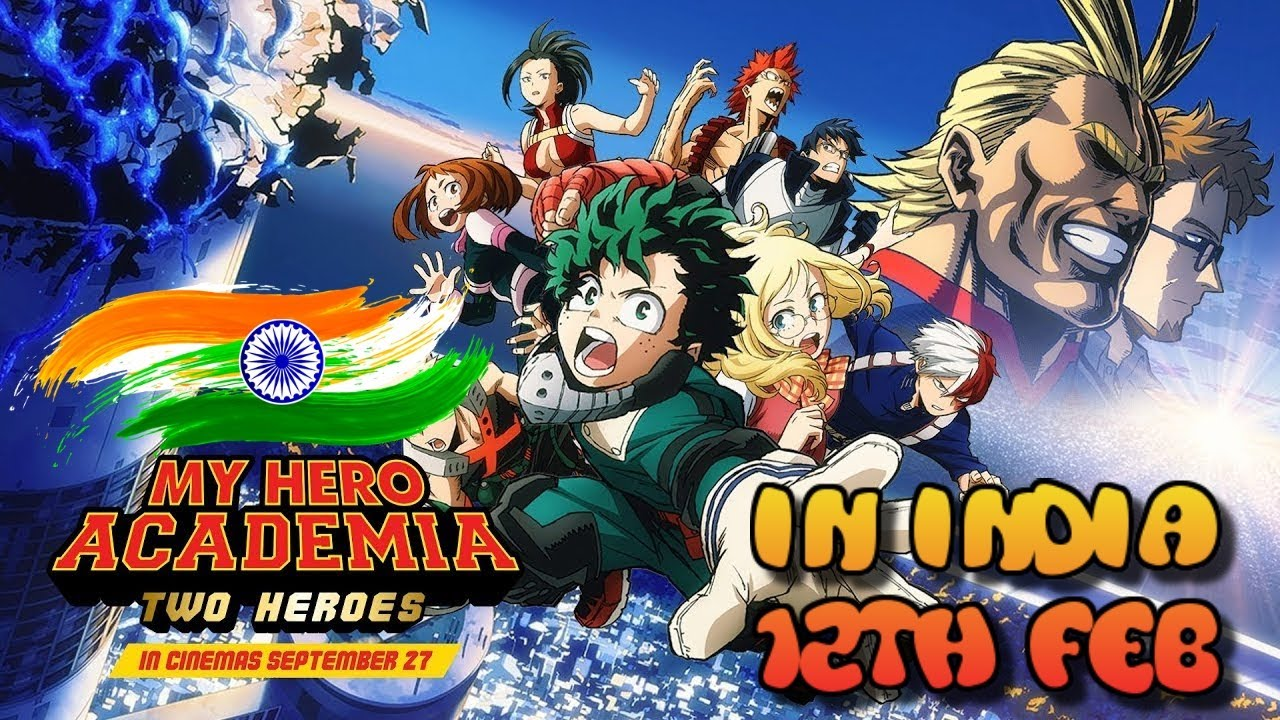 PVR Picture’s official Twitter handle tweeted on 2nd Feb that the anime movie Hero Academia: Two Heroes is going to be released in PVR cinemas on 12th February 2021. PVR Pictures is the film production and distribution arm of the PVR Group, India.

My Hero Academia: Two Heroes is a 2018 Japanese anime superhero movie based on Kohei Horikoshi’s manga “My Hero Academia”. Set after episode 58 of the anime series (in Season 3), but if you don’t want to interrupt the current event happening in the anime series, you can watch it at the end of Season 3. The movie is directed by Kenji Nagasaki and produced by Bones. Anime Expo will host the world premiere of the movie on July 5, 2018, then will be released to Japanese theaters on August 3, 2018, and will be limited to the United States and Canada from September 25 to October 2, 2018. It has been published. Reviews from critics. The movie event will take place after the final exam arc of My Hero Academia’s manga and before the Forest Training Camp Arc. The second movie, My Hero Academia: Heroes Rising, was released in North America in December 2019 and February 2020.

All Might and Deku accept an invitation to visit I Island where they battle against a villain who takes the island hostage.

PVR Cinemas released the Dragon Ball Super: Broly in India on March 29, 2019, making it the first film of its franchise to be theatrically released in India. They also released Makoto Shinkai’s Weathering With You anime film in India in October 2019 after a successful fan campaign. PVR Cinemas’ official Instagram page responded to fan inquiries about Demon Slayer – Kimetsu no Yaiba – The Movie: Mugen Train anime film India release. The comment stated that they are in touch with the official distributors of the anime movie.

In India My Hero Academia anime (4 Seasons) are available on Netflix.