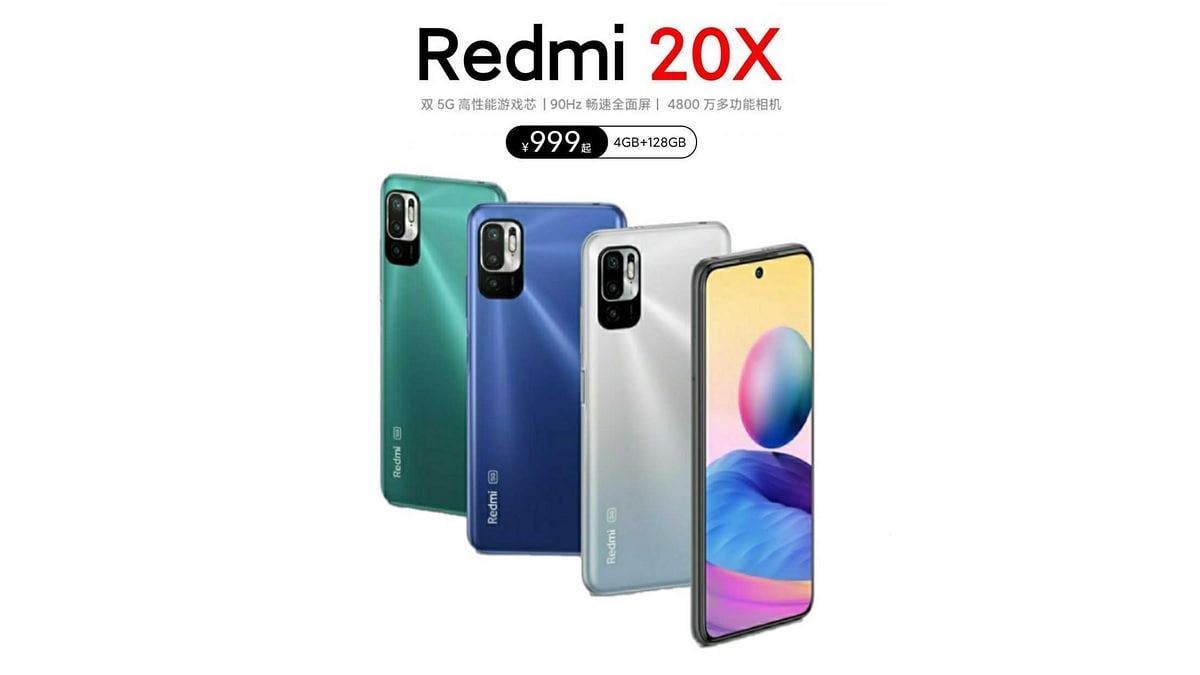 Redmi 20X has been tipped as the successor to the Redmi 10X 5G that launched in China back in May last year. A poster shared by a tipster on Chinese microblogging website Weibo shows pricing, some specifications, and a configuration for the rumoured Redmi 20X. It also shows the colour options for the phone, and a design exactly like the Redmi Note 10 series. It is believed that the Redmi 20X could be a rebranded Redmi Note 10 5G that launched globally earlier in March.

As per the poster shared by a tipster on Weibo by the pseudonym Engage in the Emperor (translated) shows a phone called the Redmi 20X with 4GB RAM and 128GB storage. This configuration is said to cost CNY 999 (roughly Rs. 11,200) and come in blue, green, and silver colours.

The phone will support 5G connectivity, have a 90Hz refresh rate display, and a 48-megapixel primary sensor. There seem to be three camera sensors on the back and the overall design of the phone looks exactly the same as the Redmi Note 10 5G. In fact, the poster shared by the tipster could just be of the Redmi Note 10 5G as suggested by a Twitter account named Mi Update Philippines that mentions the poster is photoshopped.

If the Redmi 20X does turn out to be a rebranded Redmi Note 10 5G, it will feature a 6.5-inch display with 90Hz refresh rate and be powered by the MediaTek Dimensity 700 SoC. It could feature a 48-megapixel wide-angle camera, a 2-megapixel macro camera, and a 2-megapixel depth sensor. On the front, there may be an 8-megapixel sensor for slefies and video calls. The Redmi 20X could be backed by a 5,000mAh battery with support for 18W fast charging. There could also be a side-mounted fingerprint scanner on the Redmi 20X.