Hello everyone , welcome to Animeindia.in . The anime I am gonna talk about today makes me wonder that, if any of you are adults how would you feel about reliving high school life again ? The anime for today is Relife.

Arata Kaizaki (27) quit the job he landed after graduation in only three months. His life did not go well after that. Now his parents are threatening to stop sending money, and want him to come back to the country. He has no friend or girlfriend to share his troubles with…as he hits rock bottom a strange man named Ryo Yoake appears. Yoake invites Kaizaki to join a societal rehabilitation program for NEETs called ReLife. This program uses a mysterious drug to make him look younger, and sends him back to high school for a year.

Arata Kaizaki, an adult who quit his job and lives a depressed lifestyle, participates in an experiment where he gets to live high school life again. How will this journey, with kids , effect him ?

What would it be like to engage with an adult in disguise ? We might probably say he is older than he looks , which is literally the case for Arata. The concept of generation gap is one of the many notable things about this anime , that remains quite intriguing throughout the series. Just like any other adult, he tries to adapt to a younger generation and fails miserably , like any other adult , and is also scolded by a teacher younger than him because of scoring low in exams. Other than all the tomfoolery , he is trying to adjust to , Arata is also troubled by the thought that he will disappear after the semester and will lose this euphoric stage again.

Arata used to work for a company where his beloved ‘senpai’ was harassed and ended up dying , resulting in him suppressing his emotions for life. This is the reason why he gets confused when feelings surface in his mind again for a girl in his class. AAT first it seems useless to express as he will return to his normal life once , but feelings surface eventually , leading to an interesting plot twist.

Not to forget , we also have an actual high school love sequence going on with Oga and Kaori.

They don’t tell us much about the organization doing these experiments and keeps them in a shady, mysterious place . This also fits well with the show and doesn’t come in the way of the actual , high school story being told . In the end , it all comes together .

They send some clear messeges through the story :

To conclude , it’s a great, entertaining, anime with pretty good animation and an ability to lift your spirits , its perfect for everyone . So, give it a watch if you haven’t already

Where to Watch ReLIFE ?

ReLIFE Anime is available on Crunchyroll for free. It is also available in India region for free, so no use of VPN is necessary. 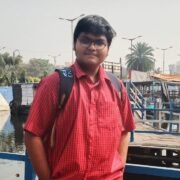 Into drawing (2d), sometimes write stories and blog. I am more into fast paced action anime , although I enjoy slice of life too. Anime like bnha is one of my favorite.