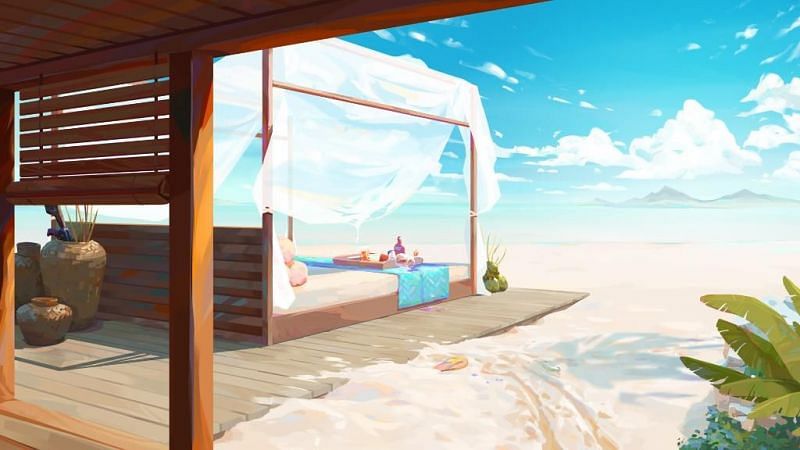 Following the leaks and teases about the sixth Valorant map in the last few weeks, it seems like Riot Games has officially announced the new map along with a snippet of its visuals.

The developers behind Valorant, have periodically kept new content flowing in the form of new agents, weapon skins, etc.

However, one area the game lacks is the number of in-game maps. Designing a map from scratch and ensuring it is competitively balanced while setting itself apart from the other already existing maps is not as easy as it sounds.

Hence, the release of each new map is a big landmark. Valorant currently consists of five maps, three of which launched with the game, while two were released post-launch.

Previously, developers have hinted at potential new maps launching by the end of the year. Considering the last one, Icebox, came out with Episode 1 Act 3, a new map in Episode 2 Act 3 is highly possible.

The picture tweeted from Valorant’s official Twitter handle suggests that the new Valorant map might be a tropical paradise. It shows a cabana facing the ocean. From the looks of it, the map could be set at a tropical seaside resort.

Every map in Valorant has a unique characteristic, be it the teleporters at Bind or the high crates and cubbies in Icebox. It would be interesting to speculate what could be distinctive about the new tropical map.

The new map looks very clean, and it could be an aesthetic departure from maps like Bind, Split, or Icebox which seem to be placed more in an urban or industrial setting.

Nevertheless, whether the speculations based on the teases come true or not, Valorant is receiving a new map, in the near future. The Valorant community seems to be having a field day with the tease of this new environment.