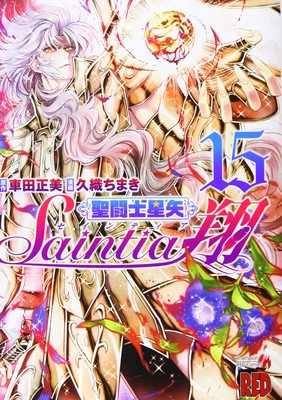 The August issue of Akita Shoten‘s Champion RED magazine revealed on Friday that Chimaki Kuori‘s Saint Seiya: Saintia Shō spinoff manga will end in the magazine’s next issue on July 19.

Seven Seas Entertainment licensed the manga, and it describes the story:

In the wake of a space-wide civil war instigated by Saga–the Gemini Gold Saint–a new team of Saints comes together with the goal of protecting their goddess Athena. This first all-woman team of armored warriors, powered by the Zodiac, will use their cunning, strength, and compassion to defend their worlds and oppose their very destinies.

The manga inspired an anime series adaptation. The show premiered on Amazon Prime Video in Japan in December 2018. Crunchyroll streamed the series as it aired in Japan.