5 Seconds Before a Witch Falls in Love, The Haunted Bookstore, The Girl in the Arcade manga also licensed 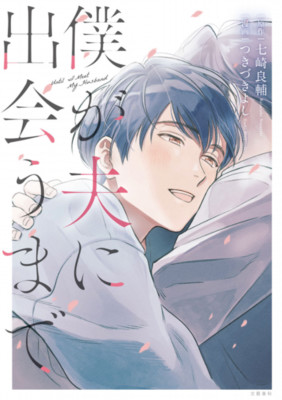 Seven Seas Entertainment announced on Monday that it has licensed the Until I Meet My Husband essay novel and manga, the Survival in Another World with My Mistress! light novels and manga, the 5 Seconds Before a Witch Falls in Love manga, the The Haunted Bookstore – Gateway to a Parallel Universe manga, and the The Girl in the Arcade manga.

Seven Seas will release the Until I Meet My Husband (Boku ga Otto ni Deau Made) novel and manga both digitally and in print in June 2022. It describes the story:

From school crushes to awkward dating sites to finding a community, this collection of stories recounts the author’s “firsts” as a young gay man searching for love. Dating isn’t ever easy, but that goes doubly so for Ryousuke, whose journey is full of unrequited love and many speed bumps. But perseverance and time heals all wounds, even those of the heart. This moving memoir by gay activist Ryousuke Nanasaki, following his historic life story, was originally released in Japan in a novel of collected essays and in a beautiful manga adaptation–now both will be available in English for the first time.

Gay rights activist Ryōsuke Nanasaki published his essay novel about finding his husband in May 2019. Their union was the first religiously recognized same-sex wedding in Japanese history. Yoshi Tsuzuki published the manga in Bungeishunju‘s Bunshun Online website in April 2020, and the publisher released the manga’s compiled book volume on April 22. 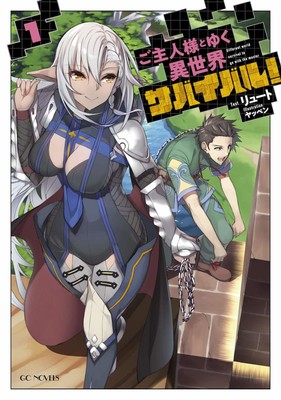 Kousuke suddenly wakes up alone in a vast forest that clearly isn’t anywhere on Earth. Now he has to find some way to eat, drink, and survive! Luckily, Kousuke also has the power to craft using a special video game menu that allows him to harvest resources and build whatever he can imagine. However, every time he goes to sleep, he’s attacked by one of the many non-human races of this world, all of whom despise humankind. Enter Sylphy, the beautiful dark elf who lays claim to Kousuke and vows to protect him–after all, she’s taken him as her property!

Ryuto began serializing the original story on the Shōsetsuka ni Narō website in August 2018, where it is still ongoing. Micro Magazine began releasing the novels in print with illustrations by Yappen, beginning with the first volume in May 2019, and it released the fourth volume in April 2020.

Seven Seas has also previously licensed Ryuto’s Reborn as a Space Mercenary: I Woke Up Piloting the Strongest Starship! (Mezametara Saikyō Sōbi to Uchūsen Mochi Datta no de, Ikkodate Mezashite Yōhei Toshite Jiyū ni Ikitai) light novels, as well as the manga adaptation. The first novel will ship in July, and the first manga volume will ship in August. 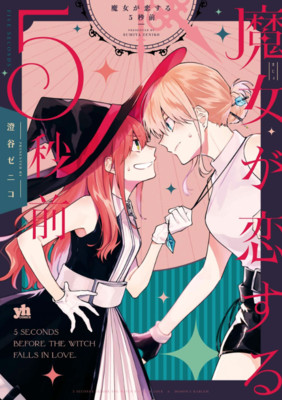 Seven Seas will release Zeniko Sumiya’s 5 Seconds Before a Witch Falls in Love (Majo ga Koi Suru 5-Byō Mae) manga in print and digitally in February 2022. It describes the story:

Solitary witch Meg likes to be mischievous and make trouble in the forest for her nemesis, Lilith the Witch Hunter. But when an altercation goes sideways, and Meg turns Lilith into a cat, a cascade of unfortunate events means witch is now responsible for saving witch-hunter! Sparks were flying between these antagonistic ladies before–what will their relationship be like after this cat-astrophe? 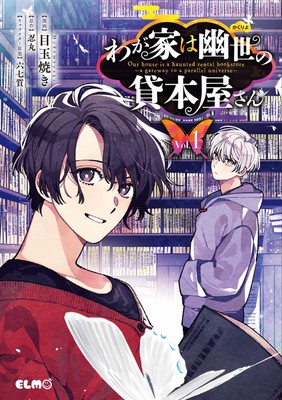 Seven Seas will release Medamayaki’s The Haunted Bookstore – Gateway to a Parallel Universe (Wagaya wa Kakuriyo no Kashihonya-san -Ayakashi no Jō to Haraiya no Shōnen-) manga in print and digitally in March 2022. Seven Seas describes the manga:

Ever since she was three years old, Kaori has lived in a bookstore where the boundaries between the mortal realm and the spirit realm are blurred. Her adoptive father, who lives with her in this magical space, is a spirit himself. One day, Kaori comes across a bleeding young man who has stumbled into the spirit realm just as she did when she was a small child. Though the young man is an exorcist who has vowed revenge against all spirits, Kaori decides to embrace kindness and help him find his way back home.

Shinobumaru published the first novel in the series in June 2019, and the third novel, Kuroneko no Shinyū to Hōseki no Namida (The Black Cat’s Confidante and the Jeweled Tear), in June 2020. Seven Seas has also licensed the novel series, and will release the first volume in October. 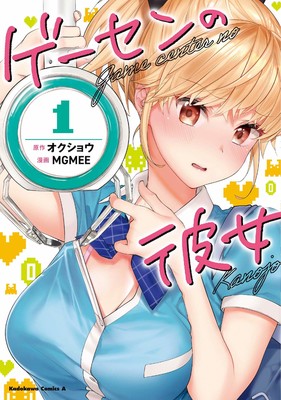 Seven Seas will release the first volume of Okushō and MGMEE’s The Girl In the Arcade (Gesen no Kanojo) manga digitally and in print in March 2022. Seven Seas describes the manga:

A Japanese high schooler gets a part-time gig at an arcade, where he’s pretty much ignored by everyone–people even start calling him an “NPC” because of the way he blends into the background. All that changes when the gorgeous, larger-than-life Yaegashi Nanora barges into the place and demands his help learning the ins and outs of the arcade’s trickiest games. It isn’t long before she suggests they start going out, beginning a summer full of arcade fun and simmering sexual tension!

Okushō and MGMEE launched the manga on the Nico Nico Seiga, ComicWalker, and Shōnen Ace Plus websites in July 2019. Kadokawa published the manga’s second volume on June 25.

Shizumu Watanabe and Okushō launched the Real Account manga in Kodansha‘s Bessatsu Shōnen Magazine in the February 2014 issue, and ended it in November 2019. Kodansha published the manga’s 24th and final compiled book volume in December 2019. Kodansha Comics is publishing the manga digitally in English. The manga is inspiring a live-action film adaptation.