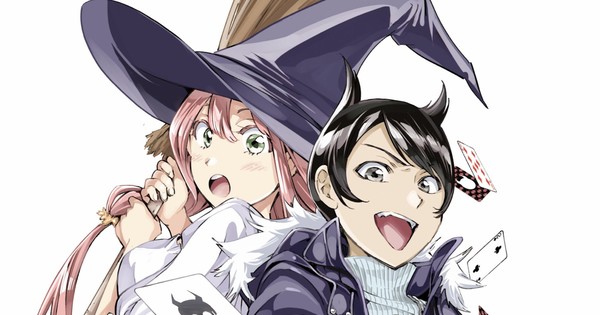 Kodansha will ship the third compiled book volume on April 16, and the fourth volume on June 17.

The story follows Harry Makito, a 17-year-old genius magician who accidentally burns to death during his final retirement performance. He is reincarnated 400 years earlier in Medieval Europe during the time period when witch trials occurred. With his own magical tricks disguised as miracles, he confronts the church that is persecuting witches.

Watanabe and Okushō launched their Real Account manga in Kodansha‘s Bessatsu Shōnen Magazine in the February 2014 issue, and ended it in November 2019. Watanabe (Kono Kanojo wa Fiction desu) drew the art for the manga, and Okushō wrote the story. The manga switched to Weekly Shōnen Magazine in January 2015, but switched back in June 2018. Kodansha shipped the manga’s 24th and final volume in December 2019. Kodansha Comics is publishing the manga digitally in English, and it released the manga’s omnibus volume containing volumes 12-14 digitally in June 2019.

The manga is inspiring a live-action film adaptation.

Ren Kanan penned a Real Account 0 novel based on the manga that shipped in June 2019.