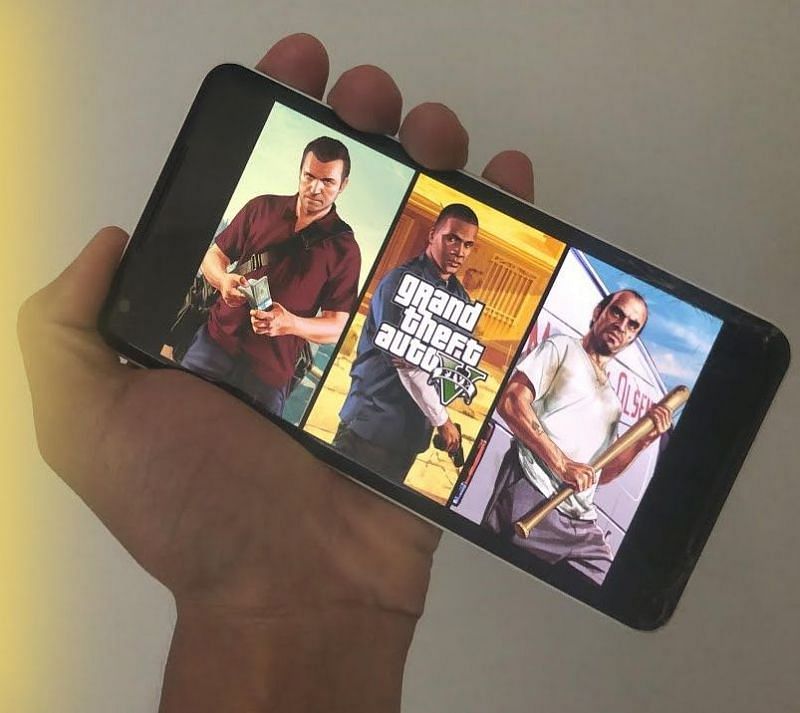 Mobile gamers are excited with the news of GTA 5 coming to Android devices soon, thanks to the Xbox Game Pass.

Several GTA games are available on mobile devices, but not all of them are official downloads. Naturally, unofficial downloads tend to be of poor quality, so players looking to add a game like GTA 4 or GTA 5 to their arsenal of games should be disappointed to know that they cannot just download it from Rockstar Games’ page.

However, the possibility of playing a game like GTA 5 through the Xbox Game Pass is interesting. That also raises the question of whether Rockstar Games should add more games from the GTA franchise to mobile devices. Not everybody will have the Xbox Game Pass after all. However, there are logistical reasons as to why there won’t be more official downloads (that everybody can use).

Should more games from the GTA franchise be on mobile devices?

Playing one’s favorite GTA game on a mobile device seems like a lovely idea until one realizes that it’s not as simple as it seems. First, Rockstar Games would have to focus more on working on mobile ports. This alone would be an arduous task for some games, as it’s not as simple as clicking on a “convert” button to make it work.

Rockstar would have to pay their workers a sizable amount of money for something that GTA Online could easily make more from. It’s a terrible truth, but it wouldn’t make sense for there to be more official downloads if it isn’t the best course of action for making a profit.

It isn’t just the logistics of spending money on a project like this either. Rockstar would have to devote some of its manpower to porting past games to mobile devices. However, porting the most successful of GTA games could be a great financial play.

The following games are the only GTA titles available to download from Rockstar Games’ Android page:

There are alternative ways to download some other GTA games, but those usually require jumping through a few hoops. By comparison, these games are already ported and showcase the kind of quality one would expect from a GTA game.

Unsurprisingly, it’s just the low-end GTA games (in terms of graphics). It is missing some games like GTA Vice City Stories and GTA Advance, but those games wouldn’t be as profitable to port as some other choices. The most noteworthy absentee is GTA 5, which does have some official ways to play the game via alternative means.

If there had to be a GTA game that should have more focus on the mobile market, it’s GTA 5. It’s already the most successful GTA game of all time, and a large part of that is because of GTA Online. With some of the recent announcements pertaining to GTA 5, it would be a good business decision to focus more on the mobile market.

GTA Online already has microtransactions in the form of Shark Cards, hence it wouldn’t be difficult to profit off of it in a mobile game. It has made a ton of money on PC and consoles before, but mobile gamers are notorious for spending money on the most minor of items.

It wouldn’t have to be GTA 5 either. Just releasing GTA Online as a standalone game would be excellent for milking the mobile market dry. As good as this idea would be in principle, there are some hurdles to address as to why it hasn’t happened yet.

It should go without saying that mobile devices are significantly weaker than a good PC. A game that runs on the latter would have to be significantly downgraded to be passable on the former. Then, there’s the problem of controls. Even if the graphics are reduced to mobile standards, trying to play a modern game on a phone is rather limiting.

Although games like GTA 5 and GTA Online are the cash cows of the GTA franchise, there will come a time when GTA 6 will come out. Given how old the former games are, focusing too much energy on their ports might not be advisable.

However, releasing a port of a new game capable of milking the mobile market can be fantastic for business. Rockstar Games hasn’t taken an all-in plunge into the mobile market yet, but the potential for easy billions is always there when they’re ready.