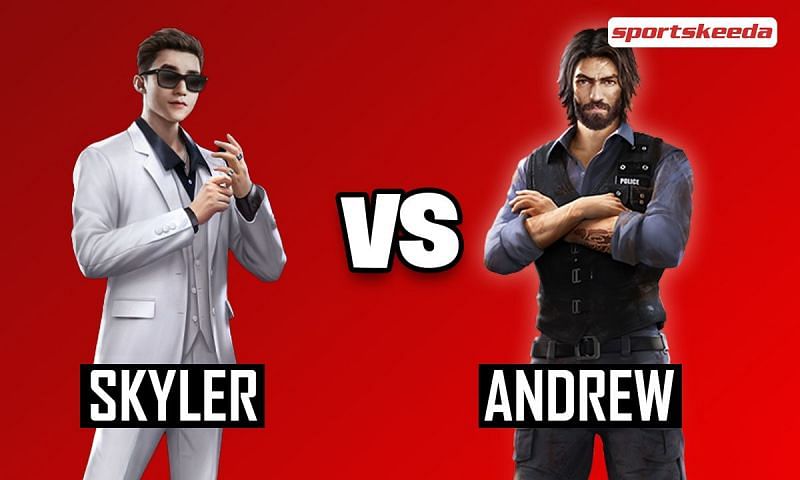 Garena Free Fire is renowned for its unique gameplay modes and exceptional features. One such feature is the availability of special characters in the game. They are the primary factors that help players gain an edge while playing different game modes.

Many gamers prefer aggressive gameplay while playing intense matches, like the Clash Squad mode. Skyler and Andrew are two of the better characters for such a gameplay style.

This article compares their abilities to see who will be a better choice for aggressive gameplay in Free Fire.

Analyzing the abilities of Skyler and Andrew in Free Fire

Verdict: Who is better?

Andrew’s passive ability protects players by reducing their vest durability loss. However, Skyler’s ability offers an HP advantage along with a skill to break into the enemy’s defense. Hence, he provides two benefits from his skillset.

Therefore, it can be said that Skyler is a better choice than Andrew for aggressive gameplay in Free Fire as he offers more benefits to players.

Disclaimer: Choosing a character is an individual choice. Prioritizing one over the other is entirely dependent on playing preferences.

Also read: Awakened Andrew character in Free Fire: Everything we know so far