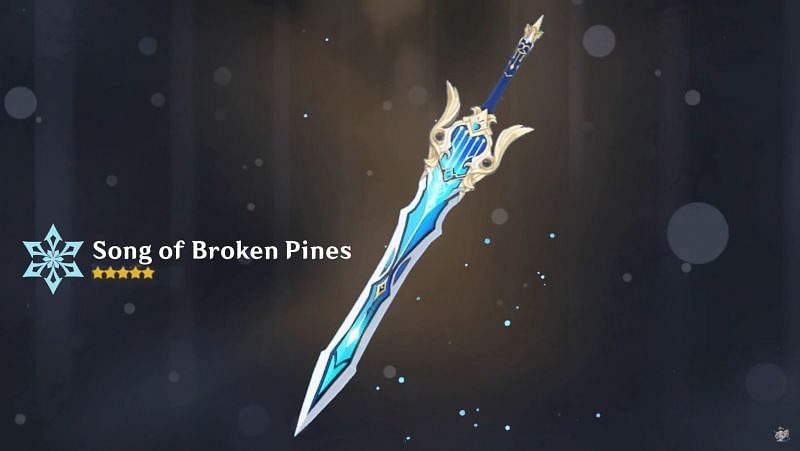 Genshin Impact is soon to release a brand new character and an impressive new claymore to accompany her.

In just a few days, the Zhongli re-run banner will end, along with the current weapon banner. Replacing these banners will be a new one featuring the upcoming Cryo character, Eula, and one featuring her signature weapon, Song of Broken Pines.

This upcoming claymore is sure to be in the elite tier, likely rivalling one of the most-praised weapons in the game, Wolf’s Gravestone. To explain why this is likely the case, this article details the features of the Song of Broken Pines and points to some characters who should perform well with this claymore equipped.

Stats and abilities of the Song of Broken Pines

The passive ability of Song of Broken Pines allows its user to stack Sigil of Whispers when landing normal and charged attacks. When four Sigils are stacked, all of them will be consumed to temporarily increase party members’ ATK and ATK SPD.

Also, the claymore’s passive ability is likely to increase its wielder’s ATK. Without refining the weapon, this is expected to be a 16% buff.

Suggested characters to use with the Song of Broken Pines