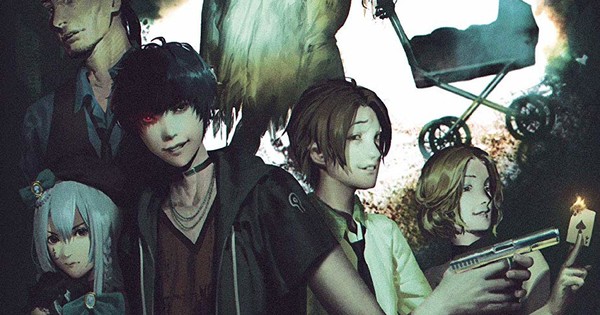 Aksys Games’ release of Spirit Hunter: NG is the second in Experience, Inc.’s Spirit Hunter horror visual novel franchise, serving up over 15 hours of creeping horrors. Set in the year 1999, players take the role of Akira, a punk kid living out his final summer of high school getting up to no good until he becomes wrapped up in dangerous supernatural events. The game diverts from the formula in the previous Spirit Hunter: Death Mark game, for better and worse, but is otherwise a solid entry in the horror adventure genre.

The game starts out slowly, almost frustratingly so, as the player will spend about an hour meeting the cast and learning Akira’s typical schedule before getting into any real ghost hunting. Once his young cousin Ami is spirited away by Kakuya, all hell breaks lose and it’s up to Akira, Seiya, and the occult idol Hazuki to investigate various spirits in the hope that pleasing Kakuya will convince her to release Ami. Investigating ghosts remains mostly unchanged from the original Spirit Hunter entry; using a flashlight the player can have Akira check out anything of interest in the hopes of coming across clues that reveal more about the entity. A new skill is added that allows Akira to see into the past while touching bloodstains, but it isn’t heavily utilized. The primary goal is to deduce from the various items how to properly purify the spirit (at least if you want that Good Ending) versus Annihilating it, which will defeat it but at the cost of your partner’s life.

Unlike Death Mark, NG has a smaller, more fleshed out cast of characters. Death Mark saw the protagonist approached by a rotating crew of characters with each new chapter but NG sticks it out with just five different partners, letting each one grow on you over multiple cases. You also have far more control over Akira’s interactions thanks to the introduction of a response meter ranging from angry to very pleased. I appreciated this addition because it becomes apparent early on that if Akira was left to react based purely on the creators’ intentions, he’d be a giant asshole. When we first meet Hazuki she’s being harassed by a local Yakuza thug and Akira thinks to himself that she should expect that kind of response given that she’s dressed in eye-catching gothic clothing. This was a giant red flag for me. It occurs less than 20 minutes into the game play so my initial concern was I’d be controlling a jerk for the entire game. Thankfully, this is the only time Akira mouths off in that way, but that might be because I chose his responses to be nice to most of his fellow characters. They’re a likable bunch, so there really wasn’t a desire to be an ass except for the sake of just being one.

The other primary reason the early misogynistic statement concerned me is I wasn’t sure if I was signing up for more of Death Mark’s notorious fanservice. The initial game worked in a fair amount in every chapter, usually with at least one CG image of a supporting female character in a compromising position while under threat of a spirit or sometimes she was literally a corpse. Nude lady found on a bloody floor covered in snakes? Check. Teenage girl in her underwear wrapped up in vines on the ceiling? Check. Dead lady found in a jar with holes drilled into her breasts FOR BEES? Check and check. Some of the cases in that game also involved pretty lurid plots that could easily offend groups of players, too.

I overlooked a lot of this ero-guro stuff in the initial game and went into NG knowing that I could be in store for more. Surprisingly, with the exception of one particular partner death CG, that aspect of the game is completely absent. NG instead refocuses on the spirits themselves and puts much more emphasis on the tragedy of their creation than seeing how far they can push the envelope. Players will find themselves dealing with a La Llorona-like spirit at the local park, a screaming banshee inside the home of a reclusive author, an executioner stalking the streets, and more. In each case, the vengeance of the ghost is tied to a tragedy beyond their control. The spirits are treated much more sympathetically and its very easy to find yourself eager to help the next spooky denizen despite the fact they could turn on you.

One element sorely missing from NG is combat. The early entry utilized the partner system for turn-based combat where the player and the secondary character could use items together for different effects and slowly draw the spirit closer before using a final turn to purify or annihilate it. This is gone completely from NG and replaced with a much simpler “use one item on a nearby object or the spirit” over the course of three turns to get the desired effect. This makes the purification/annihilation segments less unique. Mix this with the multiple choice action options throughout the game, many which are pure luck, and the battles aren’t particularly satisfying. The multiple choice encounters’ options are not intuitive for the most part, players are likely to find themselves randomly picking an option, failing, and trying again to narrow it down by process of elimination. I don’t recall this being as much of an issue in Death Mark where the correct choice could be deduced from clues or earlier dialogue.

Artistically, I’m also not a fan of the new style direction for the spirits. The initial game gave the spirits two forms, the one visible as it approached and a more visceral form when it was close enough for the finishing blow. NG has removed this reveal and the spirit artwork reminded me of Deep Learning art generated by machines. It’s not that there isn’t any human artistic intention, but details on the spirits are smudged together and smaller parts are affixed in ways that look unnatural to the design as a whole. This is especially apparent in the designs for Killer Peach and Screaming Author. The reoccurring art of Akira when he’s affected by Kakuya’s Curse looks amateur, to be quite frank. The idea of mouths and teeth appearing all over your face is a truly terrifying one but it isn’t adequately conveyed here.

Spirit Mark: NG is a solid enough entry in horror visual novel genre and it improves on its predecessor by giving players more control over the primary character and introducing a solid cast of partners and spirits. The overarching mystery this time around is more satisfying; it’s not quite as “out there” as the previous entry. The weird guro sexy pictures weren’t missed either. Unfortunately it’s attempt to streamline the investigation process and spirit encounters has neutered its difficulty a bit and the art is lackluster in some areas. Still, I recommend picking this one up and be sure to put it in “Scary Mode” if you’d like some additional scares.

[ad_1] (Last Updated On: March 24, 2021) The Seven Deadly Sins is a story about the Holy Knights who protect Britannia and its kingdom with their fear-worthy magic. But soon after getting betrayed by a group of knights within them, the whole kingdom was in mayhem until the Holy Knights saved it. The Knights who… 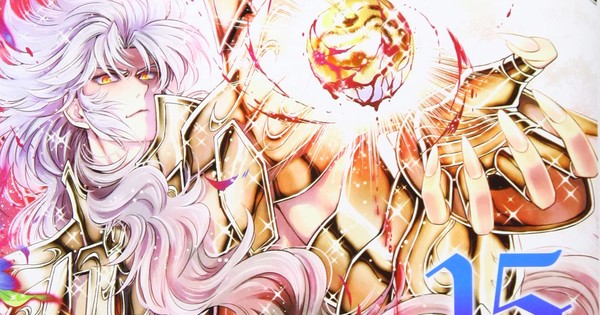 [ad_1] Manga spinoff launched in 2013, inspired net anime in 2018 The August issue of Akita Shoten‘s Champion RED magazine revealed on Friday that Chimaki Kuori‘s Saint Seiya: Saintia Shō spinoff manga will end in the magazine’s next issue on July 19. Kuori had written in the afterword to the 15th volume of the manga… 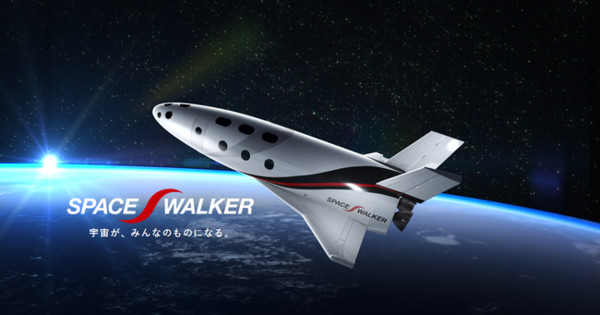 [ad_1] Space Walker, a company which aims to facilitate affordable space travel, has recruited the efforts of Macross creator Shoji Kawamori to draw images of a futuristic spacecraft as part of a coloring competition campaign. The Space Walker Twitter account released three images drawn by Kawamori on Wednesday, or Children’s Day in Japan. ／🚀 皆さま、沢山の投票とリツイート等を頂きありがとうございました❗️🌏＼… 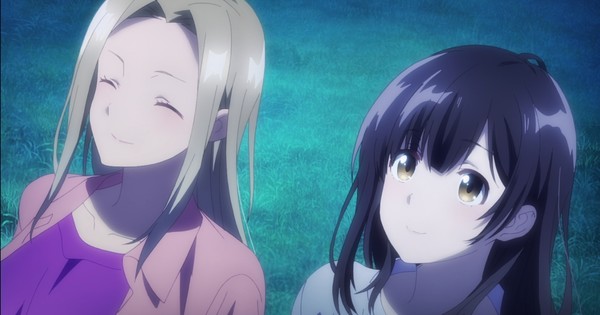 [ad_1] How would you rate episode 6 ofHigehiro ? Note: The discussion of this week’s episode of Higehiro will involve topics concerning abuse and attempted sexual assault. So…fuck this Yaguchi creep, yeah? Seriously, it was easy enough to guess that he was probably at least a little sketch, considering his status as one of the… [ad_1] How would you rate episode 8 ofHigehiro ? I am incredibly happy that we’ll finally be getting to see Sayu’s past in next week’s flashback episode — or at least, it had better be a flashback episode. If Higehiro promises an episode named “Past”, complete with monochrome snapshots of Sayu’s school days, and it… [ad_1] Funimation announced on Wednesday that it will begin streaming the television anime of Koharu Inoue‘s The Duke of Death and His Maid (Shinigami Bocchan to Kuro Maid) manga exclusively on July 4 for the summer 2021 anime season. The anime will premiere on Tokyo MX on July 4 at 10:00 p.m. JST. The anime…