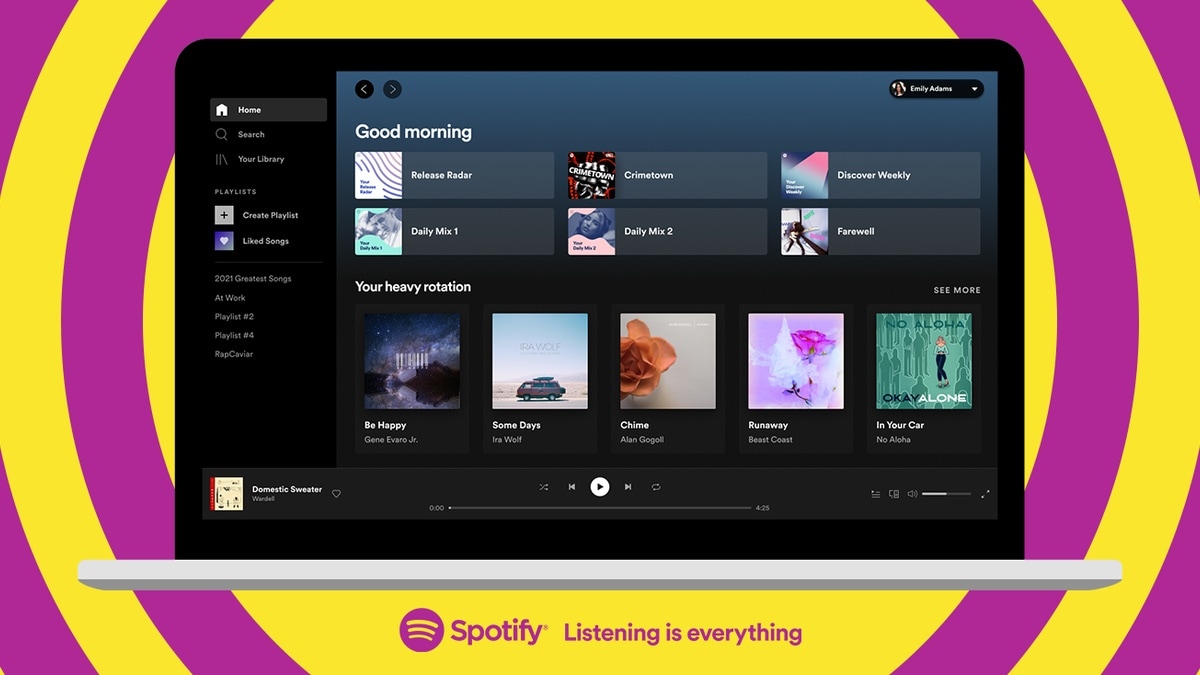 Last month, Spotify updated the UI of its desktop and Web client that primarily brought the search bar to the left corner of the screen. It also improved the playlist creation tools with the addition of the ability to drag and drop songs in the playlist. The music streaming site also added synced lyrics for listeners in India.

Another update to Spotify last month now shows users their recently played music, podcasts, and the discover feed right on the home screen. The Recently Played tab shows playback history up to three months ago. However, the podcasts and discover feed is only available for premium users. Alongside, Spotify added new personalised mixes for its users based on genres, artists, and decades. The new mixes are appropriately named — Artist Mix, Genre Mix, and Decade Mix. Each mix has a set of six playlists.