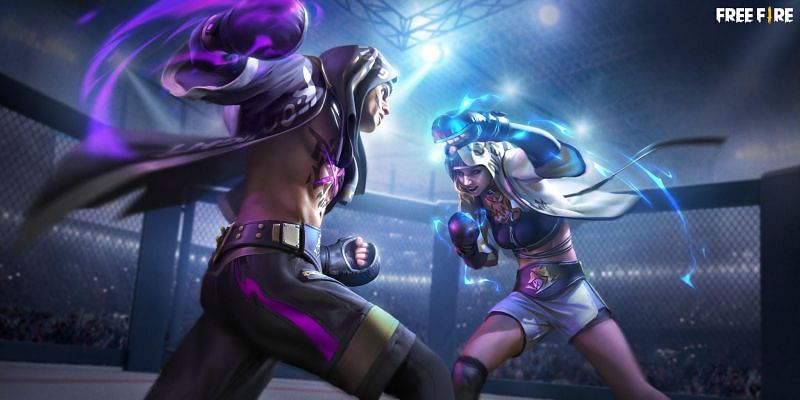 Free Fire, the world’s most downloaded mobile game in 2019 and 2020, invites Survivors to get their gloves on and step into the fighting ring for the game’s latest major event, K.O. Night.

The event will feature a full in-game reskin, a special interface, and plenty of exciting activities and rewards up for grabs.

The K.O. Night event will introduce Survivors to Laura and Rafael, a pair of ex-lovers who split up after discovering they belong to opposing factions. But their destinies are set for a collision course after they separately signed up for K.O. Night, the premier fighting tournament in Free Fire.

Follow Laura and Rafael as they learn to fight for their beliefs and commit to their destinies – even if that means facing their former love.

Against this interplay, Survivors will be immersed in the spectacle of K.O. Night. This will include a full in-game reskin, a special interface with daily missions, peak-day activities, login and friend call-back bonuses, and various belt drops that can be exchanged for exclusive K.O. Night-themed rewards.

Alongside K.O. Night, Survivors have plenty to look forward to in our latest patch update.

This will include the much-requested return of Bermuda Remastered permanently. Character advancement and skill systems will also undergo several changes.

Survivors will now be able to level up characters using only memory fragments, which can be earned by playing Free Fire. Awakened characters will also have their original and awakened skills merged.

Survivors will also get Clash Squad Season 6, a new character, a new revival mechanism, an extensive list of characters and weapons balancing adjustments, and quality-of-life updates.

Developed and published globally by Garena, Free Fire achieved a record high of over 100 million peak daily active users in 2020. Free Fire content on YouTube was also the third most-watched game of the year with 72 billion views.