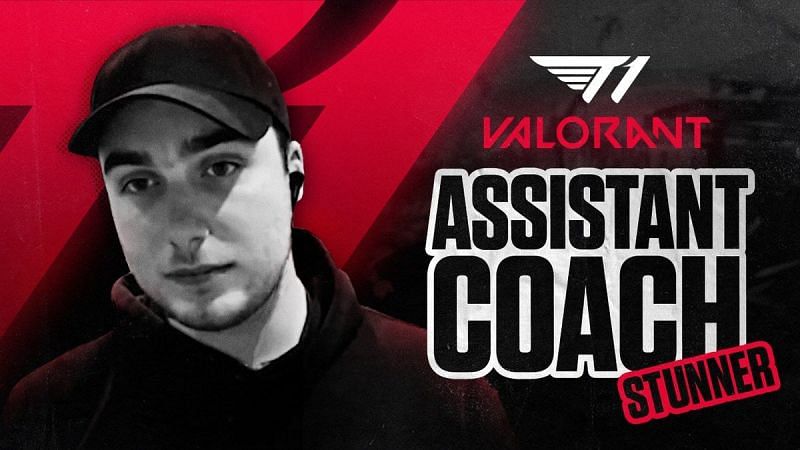 It was only recently that esports giants T1 recruited Cody “Stunner” MacLeod as the assistant coach for their Valorant roster.

Those who are unaware of the PUBG esports scene will not know much about Stunner and the controversy that surrounds him during his time as a professional.

Stunner was previously found guilty of using cheats in multiple PUBG accounts and was subsequently banned from ever participating in the game on a competitive level.

His recent acquisition by the T1 Valorant roster sparked even greater concerns. The community felt that the former PUBG pro might be back to his old antics and could pull off a similar stunt in Riot’s shooter.

To quell much of the community’s anxiety and settle the issue as much as possible, the T1 Valorant coaching staff released a statement a couple of hours ago where head coach David Denis said:

“We wanted everyone to understand that we were and are fully aware of Cody’s history, including the ban he received for having cheats installed on two separate accounts during his PUBG career.”

Stunner also added his voice in the small clip and said:

“It will forever be my biggest regret. It cut a lot of my opportunities away, and that’s OK. At the end of the day, it’s my own fault for being a part of that incident.”

Doing my job as 1 of the PUBG players in Valorant to spread awareness that @T1 picked-up a new assistant coach @StunnerFPS the same guy that PUBG investigated and concluded was in fact cheating has now change his name from Exko to StunnerFPS 😀 thought yall should know. pic.twitter.com/GpHF9XzoRC

Around the time of his PUBG ban, Stunner had the in-game name of “Exko,” according to a recent tweet by Magno “Pr0phie” Ramos. Pr0phie even went as far as to post the PUBG esports team’s ruling on Stunner in his tweet.

All of this information came to light as soon as T1 announced that Stunner would be coming on board as the assistant coach for their Valorant roster.

Current and former PUBG esports pros were quite vocal about their views on Stunner coming back on the professional esports stage, albeit in a different game altogether.

Jaden “Vegas” James, the PUBG player for Zenith Esports, replied in the announcement tweet by saying:

“‘Great Analytical Mind’ Yeah he had a great analytic mind when he was banned for cheating in PUBG and blocked every player and changes his name in every game and rats his way into the scene.”

“You can’t just cheat in PUBG then change your name my guy.”

T1 Valorant head coach Denis promised in the statement that Stunner is not the same person as he used to be during his time in PUBG and that he has changed for the better.