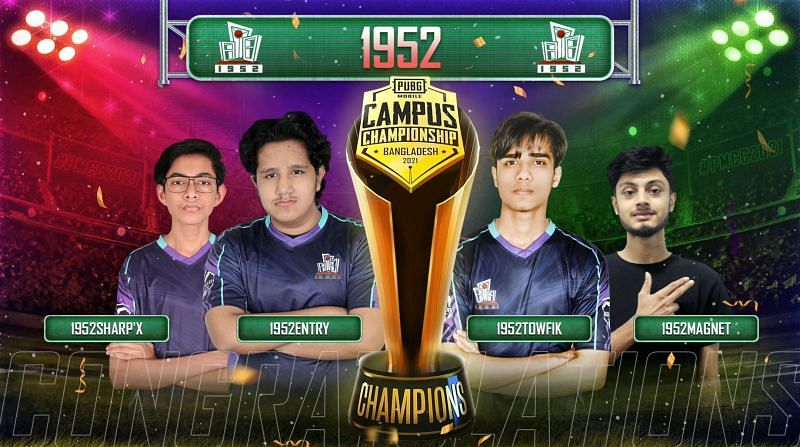 The Grand Finals of the PUBG Mobile Campus Championship (PMCC) 2021 Bangladesh finally came to an end with 1952 defending their Championship again emerging as ultimate champions yet again.

The top 16 teams in the country battled it out over 15 matches to be crowned champions. The finals started on June 4th with five matches being played every day.

At the end of the finals, 1952 came out on top with 81 kills and 194 points with the help of four chicken dinners. After leading the points table for the first two days, A1 Esports ended up second with 91 kills and 184 points. It was Venom Legends who clinched third place with 78 kills and 149 points, followed by fan-favourite Future Station in fourth place.