The staff for the television anime of Yu Mori‘s The Honor Student at Magic High School (Mahōka Kōkō no Yūtōsei: The honour at magic high school) spinoff manga began streaming the anime’s second promotional video on Monday. The video with new sequences previews the opening theme song “101” by the music unit Sangatsu no Phantasia. 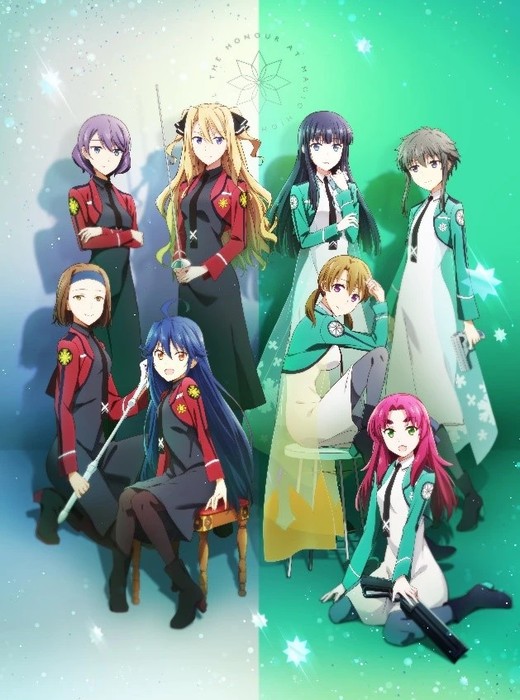 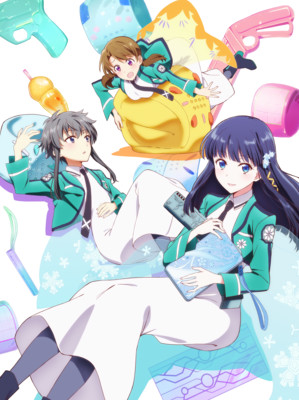 Hideki Tachibana (Is It Wrong to Try to Pick Up Girls in a Dungeon? second and third seasons, Armed Girl’s Machiavellism) is directing the anime at studio CONNECT (Strike the Blood franchise, Armed Girl’s Machiavellism). Takashi Watanabe (Aria the Scarlet Ammo, Boogiepop Phantom director) is the assistant director. Tsuyoshi Tamai (Strike Witches, Pastel Memories) is writing and overseeing the series scripts, and Ryōsuke Yamamoto and Takao Sano are adapting Kana Ishida‘s designs for animation. Taku Iwasaki is returning from the previous works in the franchise to compose the music. 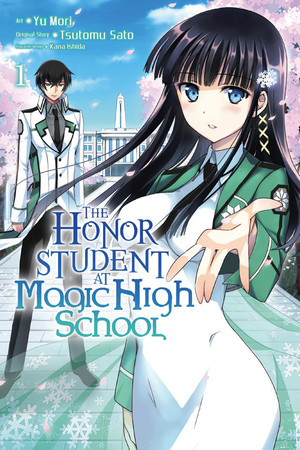 A century has passed since magic – real, true magic, the stuff of legends – has returned to the world. It is spring – the season of new beginnings – and a new class of students is about to begin their studies at the National Magic Academy’s First High School, nickname: Magic High.

A manga spin-off of the immensely popular light novel series The irregular at magic high school, The Honor Student at Magic High School follows the events of the original series as seen through the eyes of Shiba Miyuki, Tatsuya’s sister. The life of an honor student comes with a lot of expectations…and unexpected hidden feelings?!

The anime will premiere on the Tokyo MX, BS11, Gunma TV, Tochigi TV, and AT-X channels on Saturday, July 3 at 11:30 p.m. (10:30 a.m. EDT), and it will stream on the Abema and dAnime Store services in Japan at the same time. It will then air on MBS and TV Aichi. Funimation will stream in partnership with Aniplex of America for the summer anime season.

Mori launched The Honor Student at Magic High School manga in Monthly Comic Dengeki Daioh in 2012, and ended the series in June 2020. Kadokawa published the manga’s 11th and final compiled book volume in September, and Yen Press published the 10th volume in November 2019.

Satou’s The irregular at magic high school (Mahōka Kōkō no Rettōsei) light novel series launched in 2008. The series ended with the 32nd volume, subtitled “Sacrifice-hen/Sotsugyō-hen” (Sacrifice/Graduation Arc), on September 10. Two sequels to the novels shipped on October 10 and January 9.

The staff announced a new anime project in the franchise in February titled Mahōka Kōkō no Rettōsei: Tsuioku-hen (The magic at irregular high school: Reminiscence Arc).