Clearly, I was underestimating Marimo Ragawa. Previous to Yen Press‘ publication of The Vampire and His Pleasant Companions, Ragawa’s only series available in English was the somewhat maudlin Baby & Me from Viz, so reading her works for an older audience is something of a revelation. Those Snow White Notes, serialized in a shounen magazine, follows Setsu, a young shamisen player, as he searches for his definitive sound after the death of his grandfather, the man who not only raised him, but also functioned as his mentor and master.

If this is giving you vague Kono Oto Tomare! vibes, that’s a fair comparison to make, at least at this stage. Apart from the dead grandfather plotline as a shared similarity, Setsu also seems as if he’s going to end up joining his new high school’s failing shamisen club with characters who almost certainly have counterparts in that mildly underappreciated koto series. More than that, Setsu is searching for a very specific sound in his playing, one that is both uniquely his and also honors the classical playing his grandfather was known for. As of right now, Setsu’s not sure how invested in performing or fame he is, but his devotion to his instrument is easy to see, even when he has moments of frustration with it.

The story is strongest in the first, and longest, chapter of the book. Titled “Track 0,” this not only introduces Setsu and his music but also brings them both to Tokyo, where he is rescued by Yuna, a young woman trying to make it as an actress. Since Setsu just packed up and left the family home in Aomori with barely a word to his older brother Wakana, he’s spectacularly unprepared for life in the big city – in fact, Yuna finds him on the verge of collapse because he just got off the train and started walking, ending up in Roppongi (where she’s working as a part-time hostess) after ten hours of wandering around. She’s moderately concerned at first, but when he bumps into some thugs and she notices his instrument case, she springs into action; as the girlfriend of a musician, she knows how valuable both his hands and his instrument are. After rescuing him, Yuna brings him home with her, where later he meets her nogoodnik boyfriend, the lead guitarist in a band. Despite being an ass, Taketo does form a friendship with Setsu, one that persists throughout the rest of the volume and helps to get the shamisen player on his feet, albeit via a very improbable act. Yuna leaves at the end of the chapter, which is a real shame, because she’s the strongest character in the book – she’s a firecracker who learns to stand up for herself even as she’s always willing to stand up for someone else. Her main purpose, therefore, feels like it’s downgraded from being a character in her own right to being the catalyst for Setsu and Taketo to meet. The story tries to give her a valid reason to leave, but it largely ends up feeling like the story was originally supposed to belong to Yuna and Setsu ended up taking over. Having her leave then becomes a necessity in order to keep the focus on the less dynamic Setsu, while the role of “main female character” is taken over by Setsu’s horrible mother Umeko. It is not a good trade-off.

Fortunately, Umeko’s role in the volume is of relatively short duration. Her main purpose is to show up, reveal that she’s violent and only contributes money to her sons’ upbringing, and then to make Setsu enroll in a Tokyo high school. With Setsu forced to go back to high school there are more potential characters who are not the dregs of humanity, although it should be noted that the story also takes a dive in terms of interesting plot at this point. It isn’t bad; it just isn’t as good as the opening chapter, mostly because it suddenly becomes a much more standard story. The shamisen angle is still a good one, and the gag that both Setsu and Wakana are much younger than they look gets some decent mileage, but it does feel like the story takes a nosedive in going from Yuna trying to figure out Setsu and her own life to Setsu starting a new school. The art also goes a bit downhill with the introduction of more younger characters, whose eyes are almost ludicrously large – even for manga – when compared to those who are intended to look older. Ragawa does still have a flair for page set up and when to use two-page spreads, however, so these character designs are hardly a make-or-break issue when it comes to attractiveness and readability.

Hopefully Ragawa can recapture the magic of Track 0 in volume two, because there’s a lot of potential here. While manga about music has an uphill climb for some readers, especially when dealing with an instrument and musical style unique to a culture that may not be the readers’ own, that doesn’t have to mean that the story won’t be interesting and effective. Even with the downward slide in chapters (tracks) one and two, this is still engaging and its rapidly approaching (as of this writing) anime adaptation may be able to provide manga readers with the sounds they’re missing and remedy the problem. There’s definitely more for this series than against it at this point, and I’m looking forward to continuing to be proven wrong in my earlier assumptions about Marimo Ragawa as a creator. 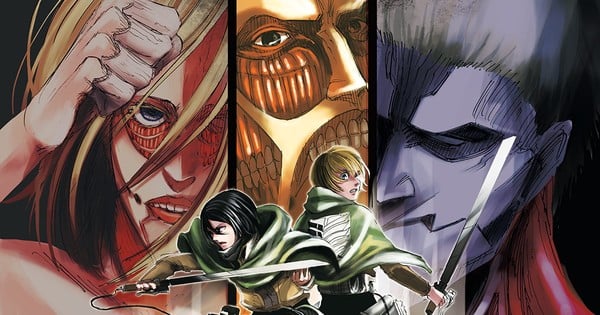 [ad_1] The official website for the Zombie Land Saga Revenge sequel anime project announced on Monday that the franchise will have its first side story manga titled Zombie Land Saga Gaiden: The First Zombie. Kasumi Fukagawa, the character designer for the first and second seasons of the anime, is drawing the manga. The manga will… [ad_1] The official website for the television anime of Satoru Yamaguchi and Nami Hidaka‘s My Next Life as a Villainess: All Routes Lead to Doom! (Otome Game no Hametsu Flag Shika Nai Akuyaku Reijō ni Tensei Shiteshimatta…) light novels began streaming a new promotional video for the anime’s second season on Friday. The video reveals… 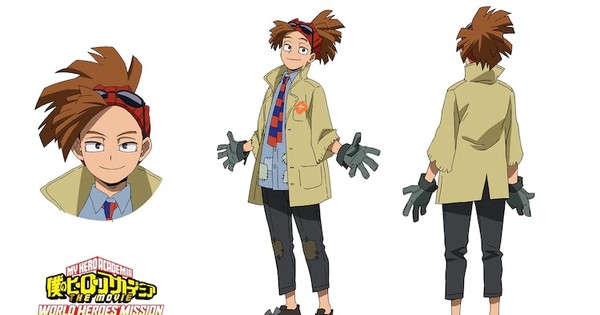 [ad_1] Yoshizawa plays Rody Soul who works with Deku, Bakugo, Todoroki in mission The official website for My Hero Academia THE MOVIE: World Heroes’ Mission, the third anime film in the franchise, revealed on Tuesday that Ryō Yoshizawa will join the film’s cast as the original character Rody Soul (character name romanization not confirmed). Original… [ad_1] Netflix debuts anime worldwide this year The official website for David Production‘s new anime series based on Hiroshi Takashige and Ryōji Minagawa‘s Spriggan (Striker) manga revealed a new visual and more staff members for the anime on Friday. The new staff include: In addition, the site now credits the Shūhei Handa as chief animation…