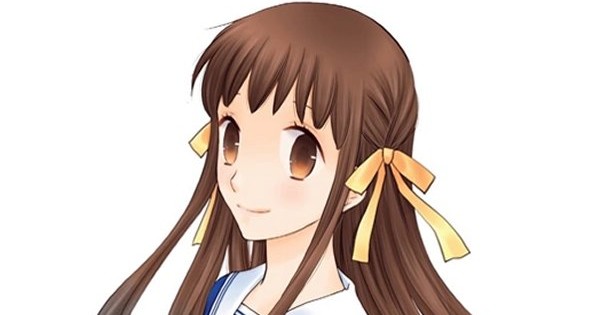 I cannot count the number of conversations I’ve had about Fruits Basket over the years since it first came out. I’ve discussed it with students, with random people at bookstores and libraries, in attempts to explain it to my parents. Sooner or later, with the exception of that last one, all of the conversations come around to the question of who everyone’s favorite character is – and nine times out of ten, the answer is one of the Soma boys. 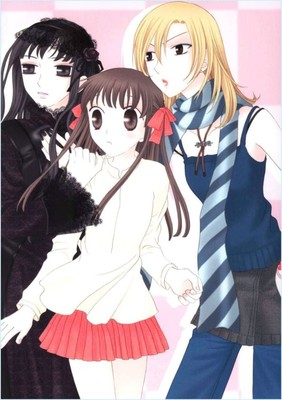 It’s not hard to see why. Fruits Basket is a reverse harem manga, at least to a degree, and part of the joy of that genre is getting to know all of the ludicrously attractive contenders for readers’ hearts. This particular series also has the added benefit (for some) of each character coming with their own tragic backstories, each designed to appeal to readers just as much as their handsome human faces and cute animal forms. But I can’t help but feel every time someone says “Yuki” or “Kyo” or “Momiji” that they’re ignoring the most important character, the one who spoke to me so loudly the first time I read terribly translated scanlations of the serialized chapters. It’s Tohru herself who has always been my favorite character, and not because she’s the one who all the boys are in love with. Tohru’s got just as much growing to do over the course of the original manga series as anyone named Soma; it’s just that her journey is much quieter and therefore gets eclipsed by theirs. Tohru’s character growth is based around learning that she has the right to be selfish, to take up space in the world – and to truly believe that being herself is really okay.

The idea of “taking up space” is one that comes from the notion that women are taught they should not. Citing Henrietta Moore’s 1988 study Feminism and Anthropology, Emily de Wet says that “Early work in feminist anthropology began by confronting how women were represented and who was telling their stories—their social place and importance siloed, their experiences set aside.” That may not seem to affect Fruits Basket, because it is, after all, a shoujo manga created by a woman. But Tohru’s story is still often framed by readers of all genders as being more about the Soma family members she helps, who are overwhelmingly male – essentially, we see her experiences through their eyes. While this isn’t as strictly true as it might be in another similar series, because her friends Hanajima and Uotani do the work of contextualizing her experiences and reactions for those just meeting her, it’s still giving us views of Tohru that aren’t her own. Tohru doesn’t often tell us her own story in her own words; the closest we truly come to that is when she’s panicking about losing her mother in the landslide just before the Somas take her in. 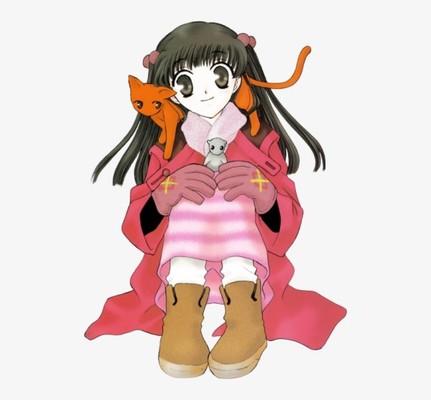 Why is Tohru so afraid of taking up space in the first place? Why does she put others above herself to the degree that she can’t bring herself to just accept hospitality or kindness unless she’s doing something in return? Lisa Wade notes in “Gender and the Body Language of Power” that “[a] feminine person keeps her body small and contained; she makes sure that it doesn’t take up to much space or impose itself. She walks and sits in tightly packaged ways. She doesn’t cover the breadth of the sidewalk or expand herself beyond the chair she occupies.” For Tohru, these issues appear to have started after her father’s death, when family members at the funeral accused her mother, Kyoko, of having an affair which produced Tohru. Even if we ignore the slut-shaming and assumptions made about Kyoko based upon her past and appearance, what Tohru internalizes is the idea that she is not welcome in the Honda family. When Kyoko later thinks about committing suicide, and thus abandoning her daughter, Tohru develops a further fear that she will not merit love and a home without her mother’s presence. This means that when Kyoko does eventually die in an accident, Tohru feels as if her right to exist, to belong anywhere, has been revoked. She would rather work for her tuition money than bother her relatives (or trust that they would think she deserves an education; high school is not compulsory in Japan), and she would rather live in a tent than draw herself up into the smallest package possible in a relative’s house. 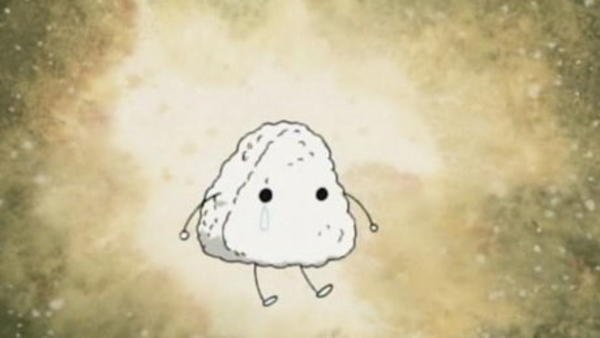 One of her most famous lines is that she feels like the onigiri (rice ball) in the fruit basket, the misplaced piece to a different, possibly nonexistent puzzle that doesn’t fit. While the use of a childhood game makes for an easy metaphor for Tohru – and for readers – we can also look at this statement another way. It’s not just in the game that she feels that she doesn’t belong; it’s in the world in general. With her parents dead and her relatives perceived as hostile, pre-Soma Tohru is the one thing not like the others, to borrow from another children’s game. It’s interesting to note that her two oldest friends, Uotani and Hanajima, also don’t belong in the fruit basket that is school, although they don’t have the same family issues that Tohru has: Uotani’s name has the character for “fish” in it, while Hanajima’s name has that for “flower.” Neither girl is in the social mainstream, either; Uotani gives off the appearance of being a delinquent, like Kyoko was at that age, and Hanajima is the resident creepy Goth girl. Tohru is comfortable with them because she doesn’t judge by appearances, but also because she recognizes them as fellow stray puzzle pieces, and together they form their own group of those who otherwise might not belong.

What all of this therefore suggests is that Tohru’s meeting with the Soma family is just as beneficial to her as it is to them. While what she does for them is perhaps more obvious and certainly falls under the heading of what “good woman” archetypes do, in interacting with the various members of the family afflicted by the curse, Tohru learns to have a different perspective on her own life and issues. In part this means that she can do for Kyo what Uotani and Hanajima did for her – give him a place to belong, even helping him realize that “belonging” and “fitting in” aren’t necessarily the same thing. But each of the Somas can also be said to represent a trait or a fear that Tohru has in her own life, and interacting with them helps her to accept or change the parts of her that she’s been hiding within herself. While it might be more obvious that she helps them (after all, her name does mean “transparent”), we can also look at it as a question of Tohru learning to be able to become transparent to herself – she can look at Momiji’s hidden sadness, Hatori’s unresolved grief, and Yuki’s need to be as close to good and perfect as he can be, and finally see those same emotions hidden in plain sight in her own heart. And each time she acknowledges them, she begins to give herself permission to take up more and more space in her own life. 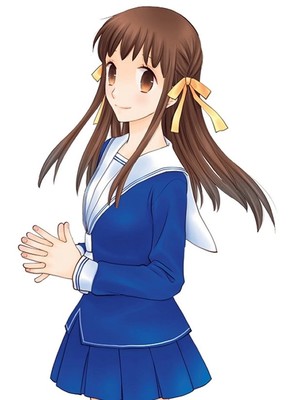 Over the course of the original manga series, Tohru Honda learns that being herself is the best thing that she can be. After all, life isn’t a fruit basket any more than it’s constrained by any one culture’s zodiac, and that means that there’s room for the cats and the onigiri, too. When Tohru admits that she does, in fact, love Kyo differently than the others, when she acknowledges that he shouldn’t blame himself for her mother’s death, she’s also opening her self-imposed container and granting herself permission to take up space in the world. She can be selfish. She can have favorites. She is entitled to feel whatever emotions cross her heart.

Tohru is Tohru. And when she learns that there’s nothing wrong with that, she’s as powerful as any magical girl. 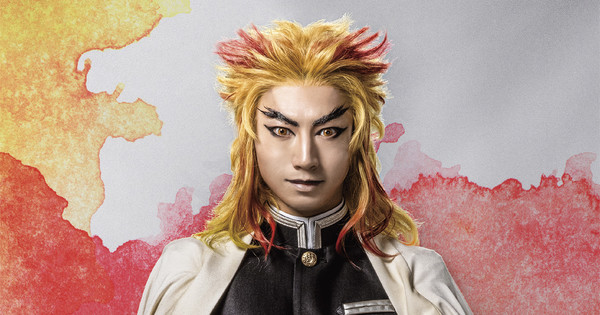 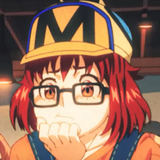 [ad_1]   Godzilla fans in the United States will have to wait a little longer to experience Godzilla Singular Point, a Netflix original anime featuring everyone’s favorite fire-breathing giant monster, but now it’s possible to get a taste of what’s to come, because the opening and ending animations for the series have been published to… 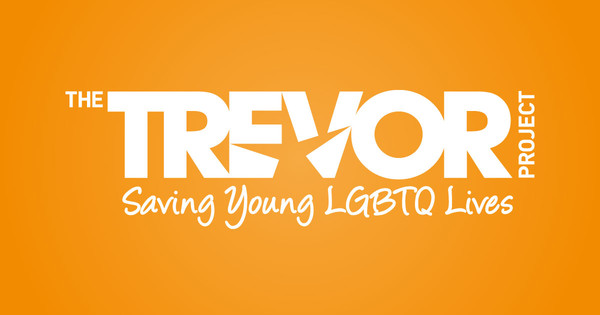 [ad_1] posted on 2021-05-22 12:29 EDT by Christopher Macdonald Yesterday the anime community raised $10,000 for The Trevor Project via our fundraiser. I am extremely grateful and extremely proud of this community. But I also believe we can do so much more. Our current fund raising goal is set at $11,000 but there’s no reason… 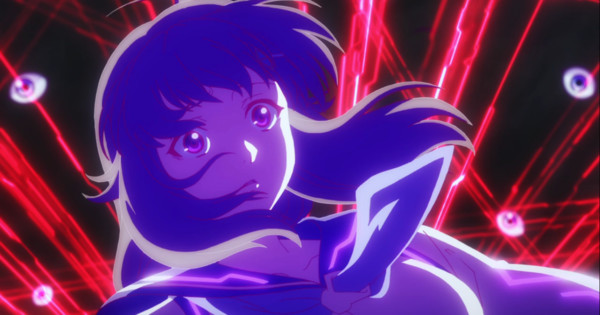 [ad_1] Isekai and gacha games aren’t usually a winning combo for high-quality entertainment. Add Macross creator Shoji Kawamori to the mix though and you just might find yourself waxing poetic about mushroom house interior design. For Whom the Alchemist Exists takes more cues from Fushigi Yugi than Sword Art Online and it might just be… 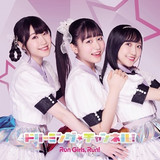 [ad_1]     The official website for the three-member voice actress idol unit Run Girls, Run! has posted a full music video for their eighth single song “Dreaming☆Channel!,” which has been featured as the eighth OP theme for the TV anime Kiratto Pri☆Chan since its 142nd episode aired in Japan on March 14. The clip consists… 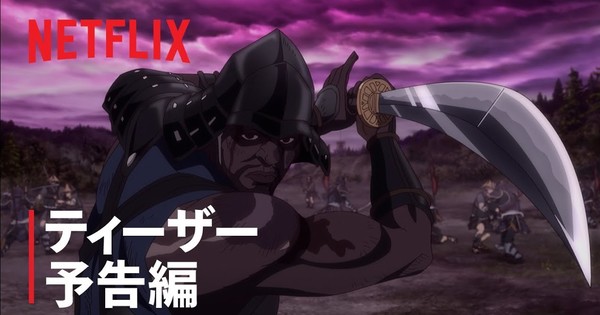 [ad_1] Film actor Jun Soejima plays Yasuke in anime premiering on April 29 The staff of LeSean Thomas and MAPPA‘s Yasuke anime unveiled the Japanese cast, a teaser trailer that previews the Japanese voices, and visuals from the series on Wednesday. The cast includes (Note: Name romanizations not confirmed): The anime will debut on April…