Konami announced on Monday that its Tokimeki Memorial: Girl’s Side 4th Heart game will launch for the Nintendo Switch on October 28. Pre-orders start on Monday.

The game’s limited edition includes a collection of designs for the opening anime; a “Prelude” Blu-ray Disc with the game’s opening animation, a prologue animation, and Live2D animation; a replica script; and a download code for a long-sleeved kimono that can be worn in-game. 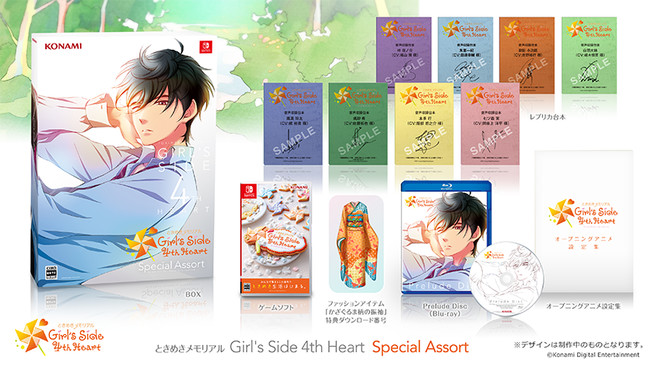 The company first announced the game at the “Tokimeki Memorial Girl’s Side Days 2019 Habataki Watcher Zōkangō” event in April 2019. Komatsubara is designing the characters.