The Way of the Househusband (Gokushufudou) is a Japanese slice of life comedy anime produced by Studio J.C. Staff. The show recently got animated and is currently streaming on Netflix. The hype built for it was huge although it failed to live up to it. The storyline of the anime is the same as the manga and the manga was praised heavily for it, but the animation is where it all went down. In the name of the animation, we got a presentation of colored manga pages. It certainly killed off the hype which it could have had lived up to. Now, if you still want some similar anime, here are 10 anime that are similar to the Way of the HouseHusband

Horimiya might not be that much similar to Gokushufudo since the latter is about yakuza, but it does share some similar characteristics. Horimiya is a romantic, comedy, slice-of-life anime like Gokushufudo. Horimiya is a superb rom-com with excellent characters and a marvelous plot.

Izumi Miyamura and Kyouka Hori are what you would call opposite personalities. The thought of these two together cannot be comprehended that easily. However, one fateful encounter between them shows their hidden selves to each other. Now, as they spend more and more time together, they both share their side that is concealed from the outside world.

At first, anyone who has seen this anime would certainly defy it being similar to Gokushufudo, as it comes with an element of superpowers. Gokushufudo is an anime with yakuza, a Japanese criminal organization. Mob psycho 100 is a comedy, slice of life anime with a superb plotline and good comedy scenes.

Shigeo “Mob” Kageyama is not your usual eight-grader. He has psychic powers which manifested into him at a young age. He chose to suppress his power as it could prove as a liability. Under the mentorship of Arataka Reigen, a con artist said to have psychic powers, he uses Mob’s powers to earn pocket change.

8. My Teen Romantic Comedy is Wrong As Expected

Oregairu is a slice of life, romantic anime which could be contrasting in nature to Gokushufudo, since it is a high-school anime. The anime is about high-school students solving others problems. It has one of the best MCs ever, who has a different view on society. Overall, the anime is a great blend of both romance, beautiful art and some good comebacks.

Hikigaya Hachiman, a pessimist high-school student, gets punished for mocking social relationships in an essay. He now has to join the Volunteers club who solve people’s problems. Now, as he solves other people’s problems with his wits, his attitude towards society starts to change.

This anime shares the same director with Gokushufudo, hence there will be quite similarity between them. Back Street Girls is a comedy, seinen anime in which three yakuza members get their gender-changed in Thailand to become pop idols. The comedy style is a lot similar to Gokushufudo.

After failing their boss for the last time, yakuza members Kentarou, Ryou and Kazuhiko have two options – to get their organs harvested or run away to Thailand and get their gender-changed to live as pop idols. After a year of training, they are reborn in Thailand as Airi, Chika and Mari. Together as GokuDolls, they strive to become top idols.

Hinamatsuri is an identical yakuza anime. It is a comedy, supernatural anime which shares a similar setting with Gokushufudou. Hinamatsuri takes the plot to another level with introducing a superpower element in the story. Another similarity is the contrasting character of the MCs, Gokushu is about a husband, while Hinamat is about a step-father.

Yoshifumi Nitta, while adoring a prized vase, is interrupted when a strange capsule falls on his head out of nowhere. Inside the capsule, is a little, blue-haired girl who says nothing but her name – Hina. Hina possesses immense powers. Yoshifumi uses the powers for his yakuza business, unless she uses her powers on him.

Hyouka is akin to Oregairu in nature and very different to Gokushufudou. The only thing these three share is the same genre – Romance and slice of life. Hyouka is set in a similar high-school environment like Oregairu. Hyouka also has one of the best MCs – Oreki, who has excellent deductive prowess but chooses to be lazy.

Oreki Houtarou, an energy-saving student, ends up signing at the Classics Club at the request of his sister. Although, he ended up with more than he thought as he got caught up in the 45-year old mystery of the club room. Now, Oreki along with his fellow club members solve not only the 45-year mystery but also some other cases.

Durarara shares a similar gang-setup with Gokushufudou. That is the only thing it shares with it. Remaining everything is different. It has a different genre of mystery, thriller and supernatural. It is certainly not for casual or light watches to just lighten your heart. It is one of those thriller-filled anime which would make you stick to it.

Mikado Ryuugamine is bored of his mundane life and is longing for some excitement. An invitation to Tokyo by his childhood friend comes just in time. Experiencing the Black rider legend on his first day, it looked like his wish was granted. Now, as supernatural events occur, many ordinary citizens and other districts of his hometown also get mixed up.

Osake wa Fuufu ni Natte Kara shares the same househusband setting with Gokushufudou. Each one has a househusband who comforts their hard-working wives at night with their cooking abilities. Although, in Osake wa fuufu it is more like cocktail-ability.

Chisato Mizusawa is a hardworking assistant manager who has a secret side – a cute person who she shows only to her husband when she is drunk. Her husband Sora takes care of his wife every day by comforting her with a good meal and a fresh drink. Together, they share a life filled with happiness and cocktails.

Sakamoto Desu Ga is a slice of life and comedy anime from Studio Deen. It shares a similar comedy and slice of life element with Gokushufudou. Both Mcs are very funny, and share the same kind of characters. Although the plot is hugely different, it feels they are in so much sync.

Sakamoto is what you would call perfect. He does everything in a cool, sublime and sophisticated way. On his very first day, he managed to bewilder everyone on the campus, including his seniors. No one seems to derail him. The students, teachers will never reach his level, but might learn a thing or two trying.

1. The Disastrous Life of Saiki Kusuo.

The Disastrous Life of Saiki Kusuo is a comedy, supernatural anime from Studio J.C. Staff and Egg Firm. This anime is very similar to Gokushufudou as they both are MC who is very different from what they seem. They both share a similar type of comedy. The Disastrous Life of Saiki Kusuo is an anime which is filled with good characters and plot which will make you laugh out loud.

Saiki Kusuo has psychic abilities, but to him it is more like a curse than a blessing. Saiki Kusuo wants an ordinary, middle-schooler life. But the life of a psychic is everything but quite. As he keeps his powers secret, he attracts a lot of attention from his classmates. It looks like an ordinary life is a lot harder to achieve than expected.

These are the anime most similar to The Way of the HouseHusband, according to us. If you know some more, do let us know. Also Check Out 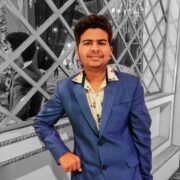