In the overwhelming huge world of anime and manga with a multitude of genres, Vampire Animes are one of the most popular and demanded by fans. There are hundreds of Anime in this genre and the numbers keep consistently increasing as the people love the story following around the mythical creatures thirsty for blood.

Today I am going to take you through a list of the best and most popular Vampire Animes you should give a shot.

Starting with our list at number thirteen we have Servamp. The anime revolves around the two characters Mahiru and Sleepy Ash. The story begins when Mahiru adopts a black cat he finds on his way home and later discovers the fact that it is one of The Seven Vampires and turns to a cat when exposed to sunlight. Mahiru accidentally forms an absurd contract with Sleepy Ash in a stupid manner which makes him Sleepy Ash’s vampire servant known as ‘Servamp’. The anime continues with a balance of action and comedy with a decent storyline. The anime finishes in 12 episodes and another 4 OVA’s for you to enjoy. The anime is enjoyable and entertaining, a worth watch.

Also known by the name Seraph of the End: Vampire Reign, the world in the anime comes to an end following the consequence of a man-made virus that only leaves the children below the age of thirteen unharmed. In these dark times, the Vampires emerge from the bottom of the earth causing a catastrophe. The anime is packed with fights, action scenes, and slaying of vampires with a great storyline. So if action and bloodshed in anime are one of your likings you should watch Owari no Seraph, a 24 episode thriller.

This a story of two brothers Jirou and Kotaro the last remaining formidable vampire dynasty. Jirou was a hero who defeated the Kowloon King in the war known as the Hong Kong Crusade. Ten years later the two brothers head to a Special Zone and soon realize that the Kowloon Children are scheming to infiltrate the Special Zone. Kotaro is abducted by the Kowloon children and the story follows Jirou fighting the enemies threatening the lives of citizens and freeing his brother from the Kowloon Children. The Anime is filled with great action and emotions and you will surely enjoy the thrill of watching it.

The plot follows Staz the main character and a vampire from the demon world, who meets a young girl Fuyumi who happens to enter the demon world through a portal. Tragedy happens when Fuyumi is killed by a carnivorous plant and is turned into a ghost. Staz promises to bring her back to life and the story continues with several great underworld characters and twists happening here and there. There is a decent amount of humor and emotions and the anime overall is great and super enjoyable.

One of the most loved vampire anime, Rosario to Vampire is a story of a young teenage boy Tsukune who is unable to enroll in any high school due to his poor grades but finally gets enrolled in a local high school. The twist comes when he discovers that it is a boarding school for monsters as he becomes best friends with a beautiful vampire girl named Moka Akashiya. Moka sooner develops an obsession for Tsukune’s blood and the two accompany each other most of the time. During a school fight, Tsukune removes the ‘Rosario’ from Moka’s neck and discovers she turn into a completely different personality. The anime is completed in 13 episodes and is a great combination of humor and a fun storyline. This anime is one of the best harem anime.

A great action thriller anime which follows the story of ‘Jaegers’ who are a group of vampire hunters and the group also has a young ‘Sirius’ boy named Yuliy. Yuliy is a werewolf whose homeland was destroyed by vampires. In the story, the Jaegers follow a group of vampires who flee to Japan from China in 1930. The 12 episode anime is a full package of high-quality fighting scenes with a phenomenal plot and the unique art style makes it more thrilling and fun to watch.

One of the genres that fans enjoy the most is horror where the thrill is exhilarating which gives all of us goosebumps. We also have an anime series from the horror category. The story is about a small village named Sotaba where a series of mysterious deaths start to occur soon after the strange Kirishiki family moves into the village. The director of the only hospital in the village, Toshio starts to investigate the deaths and discovers the reason behind these sudden deaths are the Vampires also called ‘Shikis’. The anime has 24 super thrilling and terrifying episodes and if you are a fan of horror anime “Shiki” is the one for you.

Yuki Cross is the main protagonist of the show and also the adopted daughter of the headmaster of cross academy Kaien cross. Ten years earlier she was attacked by a rogue vampire and was saved by a pureblood vampire Kaname Kuran. She has grown up to be the guardian of the vampire race accompanied by her childhood friend Zero. Zero does not trust the creatures that destroyed everything beloved to him. Is this arrangement a conspiracy from the vampires and there lies a deeper darker truth behind everything they are doing? You watch the anime to find out what happens in the story, completed in 26 episodes.

It is an old-school dark fantasy and adventure anime film filled with a plethora of action fighting scenes and the art style makes it even more exciting. Charlotte Elbourne was kidnapped by vampires in the middle of a cold night. Her father hires a D. to find and rescue her. At the same time, her elder brother hires Marcus brother to rescue her. As the plot progresses things start to start to get messy and unexpected twists occur. There is not a moment you want to miss this film and its magnificence justifies its place in the top 5.

It is an American- Anime Influenced TV series based on a Japanese video game of the same name. The premise of the anime is that Dracula Vald Tepes summons an army of demons that rule the country and he declares that all the people of Wallachia will have to pay their lives after his wife was murdered and burnt because of a false allegation of witchcraft. To fight against Dracula a Trever Belmont picks up arms and decides to defeat Dracula’s forces. He is prived help by a magician and Dracula’s son. The action in the series is limitless and the animations are super catchy, that you cannot take off your eyes of the screen, not forgetting the incredible storyline. The series is adapted in four seasons and a total of 32 episodes.

Hellsing is an organization whose main motive is to destroy the supernatural forces – Vampires, that threaten the human world. The organization is currently headed by Integra Fairbrook Wingates Hellsing who inherited the lead after the death of her father. The plot is also very vast and a lot of events and twists occur throughout the anime. New secrets come to life and the story progresses with packed action and thrill. The 13 episode anime is a must-watch for everyone and will please action lovers.

Koruzuka is a historical, sci-fi action anime fully packed with action and thrill throughout. The main character of the story Kuro is on run to escape from his elder brother who is after his life. He is accompanied by his servant Benkei. He meets a beautiful girl named Kuromitsu. Sooner he learns new and shocking facts about her. The story follows with innumerable twists and turns, there is a mesh of romance and action and you’ll have a lot of fun watching it

The anime is set in a post-apocalyptic world around 900 years in the future where the war between humans and vampires continues. The story focuses on mainly three sides where many people desire a peaceful existence between humans and vampires but a few still want the war to continue for their selfish greed. Trinity Blood has a completely different plot and story from most of the other anime but still provides the fun and thrill we expect from a vampire anime. Filled to the brim with action and emotions, this is a well-deserved number one spot and you should give it a watch.

So this was a list of the Top 13 Vampire Anime you MUST Watch. Vampire-themed anime provides a completely different experience to the viewers filled with horror and thrill not forgetting the insane amount of action. If you love Vampire themed shows or want to try some out these are you should start with. Enjoy! Also Check out: 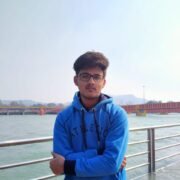 I am a little stupid but at least I am funny. I love to experiment with food and I love football and anime. 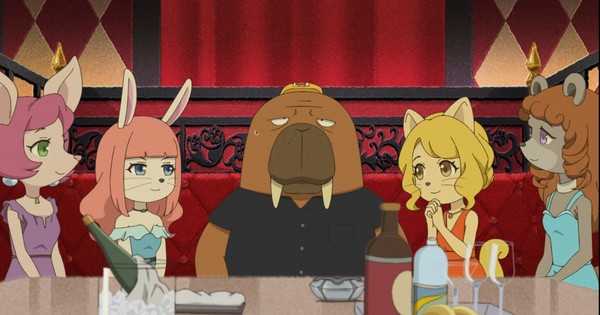 [ad_1] How would you rate episode 6 ofOdd Taxi ? Odd Taxi continues its streak as 2021’s best anime written by boomers, for boomers. That’s a tongue-in-cheek dig at the show, myself, and the ridiculous plasticity of the word “boomer” in modern parlance, but I mean it as a genuine compliment too. Odd Taxi is… 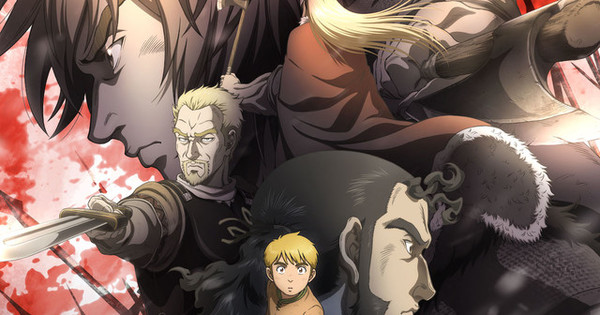 [ad_1] Jake Jung provides new translation for 2019 Viking historical drama anime Sentai Filmworks announced on Thursday that it has licensed the television anime of Makoto Yukimura‘s Vinland Saga manga for home video release, and is aiming to release the anime with both collector’s edition and standard edition versions this summer. Translator Jake Jung (Made… 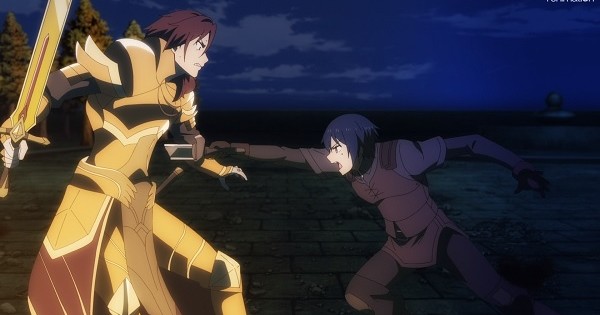 [ad_1] In real life, our stories rarely reach satisfying, coordinated conclusions. That even extends to our relationships with ongoing online RPG systems: You don’t really complete a full lifetime of adventure so much as just kind of stop playing one day. And given how undercut all its other efforts have been, that’s about the best…

[ad_1] Funimation revealed on Wednesday that The Demon Slayer – Kimetsu no Yaiba – The Movie: Mugen Train anime film has earned over US$45 million at the North American box office. Funimation and Aniplex of America began screening the film in theaters in North America on April 23. The film is now the #2 highest-earning… 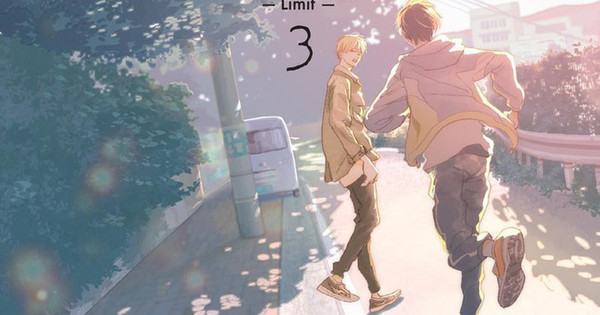 [ad_1] From its first volume, Yuki Fumino‘s I Hear the Sunspot has been a thoughtful, gently-paced story about two young men finding each other and learning how they want to live their lives. It has impressively maintained that tone and feeling even as the protagonists grow together and apart by turns, and the final volume… 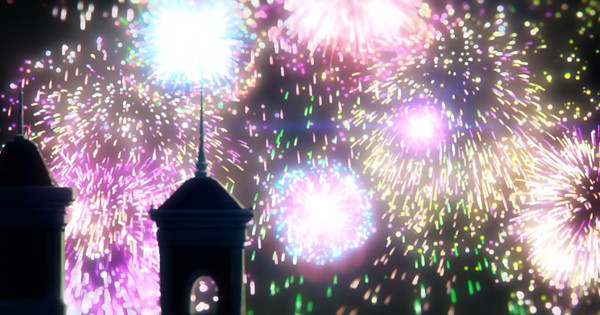 [ad_1] How would you rate episode 7 of86 ? I’m not familiar with the light novel version of 86 beyond its reputation: a gripping story with heavy themes by an author obsessed with garter belts. So while I can’t make any comparisons based on the process of adaptation, I can comment on the result. Episode…