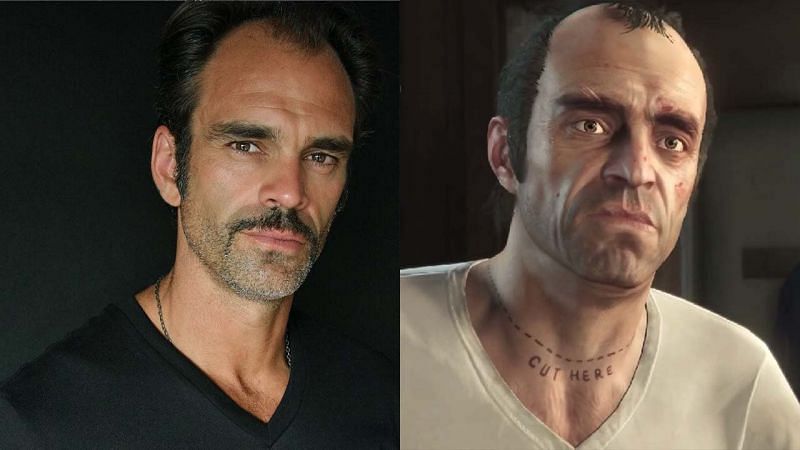 Good acting can elevate a character and make it easier for the player to immerse themselves into the world of GTA.

The GTA series is well-known for having excellent voice acting. However, not all voice actors are equal. Some like Mario D’Leon (Luis Fernando Lopez) aren’t memorable in their performances. By comparison, it’s the voice actors that do perfectly represent their characters that fans tend to remember.

This list won’t just be a list of the most prolific voice actors in the GTA series. Instead, it will focus on the good actors that brought their characters to life through their performances.

Ray Liotta was once one of the most famous people whose voice acted as a character in a video game. The GTA series was one of the first video game series to have a top-tier voice acting crew capable of making their characters sound authentic, and it’s reflected perfectly in Ray Liotta’s performance of Tommy Vercetti.

Most GTA protagonists have a memorable voice, but Tommy Vercetti is arguably a step above most of them. His occasional quick wit feels real, especially since Ray Liotta’s voice is so iconic. From beginning to the end, Tommy Vercetti stands out as an awesome sociopath.

Ray Liotta did say, “I really would have loved to do that,” regarding if he could act as Tommy Vercetti in a GTA movie back in 2014. Too bad it seems like a fever dream at this point.

William Fichtner plays the perfect foil to Ray Liotta in GTA Vice City for their respective characters. Fichtner makes Ken Rosenberg feel so slimy and pathetic at times, which perfectly complements his in-game behavior. He’s not a tough guy, and that’s what makes Ken Rosenberg so lovable.

William Fichtner, of course, does reprise his role as Ken Rosenberg in GTA San Andreas. Here, he still maintains a lot of the same old qualities that made him so beloved in GTA Vice City, except in a more washed-up manner. It doesn’t feel like William lost a step, either, for he’s playing a recovering old drug addict who was turned away by his old associate.

Rosenberg is a goofball in both games, and William Fichtner perfectly captures that in his voice acting.

For an American voice actor, Jason Zumwalt does the character of Roman Bellic quite nicely. His Serbian isn’t perfect, but part of it is played out for the joke that Roman has forgotten some of his native language because of how long he’s been in America.

The real strength of Jason Zumwalt’s performance is how he makes Roman feel like the bumbling idiot he is at times. Likewise, when Roman is serious, Jason’s voice reflects that.

There is so much passion put into the character that players can feel more sympathy for Roman when he’s put in hopeless situations. Jason Zumwalt plays the role of an over-embellishing liar to perfection.

Big Smoke is one of the most iconic characters in the GTA series. Unsurprisingly, Clifton Powell knocked it out of the ballpark when it came to Big Smoke’s voice acting. While Big Smoke’s lines are amazing to read, it’s arguably Clifton’s performance that encapsulates the player.

His lines like “Respect has to be earned, Sweet – just like money,” sound oddly foreboding. By comparison, the legendary line of “All we had to do was follow the damn train, CJ!” perfectly showcases Big Smoke’s frustration with the player’s inability to complete a mission properly.

If there ever was a GTA San Andreas remaster, it would be a shame if somebody like Clifton Powell couldn’t replicate Big Smoke’s iconic voice.

GTA actors are different from previous GTA voice actors. The primary reason is that they would be involved in mocap and performance capture, which is a lot more complicated than the older voice actors had to do. Somebody like Steven Ogg didn’t just bring Trevor’s voice to life; he also brought the character’s mannerisms to life.

Out of the entire GTA 5 cast, Trevor Philips is easily the most memorable character. His personality is perfectly encapsulated by Steven Ogg’s performance, which makes Trevor feel like a legitimate threat and not just a standard video game character. Oftentimes, some video game characters come across as too try-hard, which diminishes their “coolness factor.”

Unlike them, Trevor immediately captures the audience’s attention; there is never a dull moment with Steven Ogg’s acting.