Blue-haired female characters are quite popular in the anime community and anime die-hard fans are searching for animes featuring blue-haired anime girls. We are here to provide the list of “ Top 5 Blue Haired Anime Girls Who Wear It Best”. I am sure you’ll love all of these anime girls with blue hair and stunning personality.

This Article is in collaboration with WaifuForLaifu.com, Do check out their website for more such content about anime girls and anime guys.

Starting from number 5 we have:-

Suzuno Kamazuki is a supporting character in the anime “The Devil Is A Part-Timer”. She got fair skin and stunning aqua eyes with gorgeous Persian blue hair. She is a chief member of the Church in “Ente Isla”, which is a chain of islands. Suzuno has a kind and caring personality which is expressed in the anime where she takes care of her neighbors even though they are devils.

Suzuno wears a Kimono dress (Traditional Japanese Outfit). The character development of Suzuno throughout the series is well-written. She is a friend of “Emi Yusa”, the main protagonist of this series. Suzuno has played a significant role in the series by supporting the main hero “Sadao Maou” and the main heroine “Emi Yusa”.

Suzuno’s greatest strength that is shown in the anime was overcoming her past regrets.

Her fans are obsessed with her sense of justice and her beauty. She got a calm aura around her. Her powers include “Sleep Magic” and “ Enhanced Strength”.

You can watch this anime on Netflix USA.

Niwa Nagahide is the supporting character of the anime “The Ambition Of Oda Nobuna”. She is the strategist of the Oda Clan. She has glowy green eyes with shiny dark blue hair.

Nagahide has a friendly and cheerful personality this is portrayed in the show, whenever the main heroine “Oda Nobuna” is troubled by something, Nagahide always tries to cheer her.

Nagahide also supports the love between “Oda Nobuna” and “ Sagara Yoshiharu”, the main hero of the series. The victory of the Oda Clan is greatly influenced by the skills and bravery of Nagahide.

She has great strategic skills, which always prove to be a valuable asset during the wars of the Oda Clan. She wears a Kimono with armor, her outfit intensifies the appeal of her character. She carries a spear-like weapon with her. She is shown to use it profoundly in the wars.

She is a stand-out character throughout the show due to her immense beauty and her loyalty to the leader of the Oda Clan (Nobuna).

You can stream this anime on Crunchyroll.

Sasamiya Saya is the supporting character of the anime named “Asterisk War”. She is a student at Seidoukan Academy. She has light blue shoulder-length hair, choppy bangs, and stunning red eyes.

Saya is the childhood friend of the main character “Amagiri Ayato”. She used to spare with Ayato in her childhood.

Saya has a silent aura around her. She is very intelligent and sharp but has a terrible sense of direction. She always supports Ayato this is portrayed throughout the anime, whenever Ayato gets in trouble, Saya is there with him. She uses advanced scientific weapons. The power of her weapons is insane.

Saya has a short height which makes her seem like a loli even though she is in High School. All of her fans are mesmerized by her cute character and strength. Saya is friends with “Toudou Kirin”. They team up with each other in Phoenix Festa. The two of them eventually make their way into the finals of the competition through excellent teamwork. This anime is available on Netflix.

Aki Adagaki is the main heroine of the anime “Masamune-Kun’s Revenge”. She has navy blue hair with perfectly complimenting dazzling blue eyes. She has a sleek body but her appetite is surprisingly big.

Aki has a cruel personality. She mocks every boy who confesses his love to her. She even gives nicknames to these boys. Due to her distorted personality, she is called “Cruel Princess”.

Aki’s school girl look and her princess-like reputation in school are very much prominent in the series.

Aki is aided by her maid “Yoshiko Kowai”. Most of her errands are carried out by Yoshiko.

She receives a lot of character development throughout the anime. She is also a target of the main protagonist of this anime, “Masamune”.

Masamune and Aki met each other when they were mere children but Aki is not aware of this. The anime covers quite a mystery and is full of complex emotions.

Even though Aki has a terrible personality, her fans still love her “Tsundere” attitude. She is considered as waifu material amongst her loyal fanbase. If you are also a fan of adorable anime girls then I have got great news for you. You can get yourself your very own Anime waifu body pillow. Waifu For Laifu is a great Dakimakura shop for that, so treat yourself to a comfortable waifu Dakimakura!

Aki’s story is quite interesting and if you are a fan of reading manga, the manga is even better. Aki’s romantic progress and chemistry with Masamune throughout the series are breathtaking.

You can watch it on Crunchyroll

Asada Shino is a supporting character in probably the most well-known anime on this list named “Sword Art Online”. She has short pale blue hair with stunning indigo eyes in the game. Shino has black hair in real life. She first appeared in “ Gun Gale Online” also known as “ GGO”.

Shino avatar’s in-game name is “Shinon”. She is a skilled sniper in the game (GGO). Shinon has a shy and antisocial personality in real life due to a tragic incident. She calms her fears and anxiety by playing virtual reality games like GGO.

She is rescued by the main protagonist of the anime” Kirigaya Kazuto” also called “Kirito”. Shinon skills in-game are top-notch.

Shinon gains a huge character development throughout the series. Her fans loved her due to her cute character, skills, and support she gives to the protagonist.

In the latest season of Sword Art Online, Shinon’s character has a significant role throughout the season. In this season her avatar based on the Goddess of Sun, “Solus” who also has light blue gorgeous hair and dazzling blue eyes.

You can watch Sword Art Online on Crunchyroll or Hulu

So this was our list guys, we hope you liked it and we hope that your favorite blue-haired female character was on this list. You should watch all these shows yourself to catch these bad-ass blue-haired ladies in action! 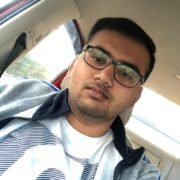