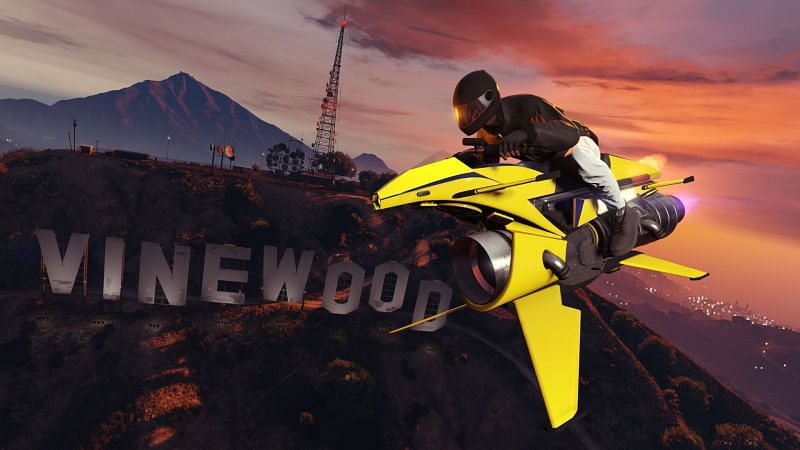 The GTA series has a rich history of various weaponized vehicles being the most powerful vehicle in the game.

These old vehicles were once considered among the best vehicles in their respective games. If a player had one of these weaponized vehicles back in the day, they were practically unstoppable. It should also go without saying that a weaponized vehicle only qualifies if its destructive capabilities are impressive, although other traits like mobility may be a major factor.

When it comes to OG weaponized vehicles, one cannot go wrong with the Rhino. It’s sometimes referred to as the Rhino Tank, but it’s essentially a highly-armored tank capable of blowing up practically anything it comes in contact with. It doesn’t achieve this just through its explosive power either, for it can literally ram into vehicles and make them explode instantly.

One would be hard-pressed to find a game where the Rhino was bad. Sure, it’s not a must-have in GTA Online anymore, but there was a time early on when it was considered great. Nonetheless, it was one of the best weaponized vehicles in a lot of the GTA titles it appeared in, and it’s the easiest one to control on this entire list.

Whereas the Rhino is an unstoppable force on land, the Hunter dominates the skies. In GTA Vice City, one could not be stopped when driving this helicopter. It made being a Vigilante a breeze (although it was called Brown Thunder, the rewards were the same), and that’s not mentioning how players on a rampage could not be stopped, even by other weaponized vehicles.

Considering a player in a Hunter can easily blow up an NPC in a Rhino (who wouldn’t shoot its tank cannon), it was unquestionably the best weaponized vehicle in a few GTA games. It would later be upstaged by the Hydra in GTA San Andreas, but it would return to dominance in the games the Hydra was not present in. With both a machine gun and missiles, it’s hard to go wrong with this helicopter.

Unfortunately, it’s not the best in the skies in GTA Online. Not only does the Hydra exist, but several weaponized vehicles dominate the skies. Still, its historic dominance isn’t to be overlooked. Its counterparts, the Annihilator and Buzzard Attack Chopper, are also good.

The Hydra is essentially a superior Hunter that’s harder to control. It can go much faster than the Hunter can, and its overall mobility is one of the best in the game. It can go from one end of the map to another in about a minute, which is a crazy feat most other vehicles could never dream of doing in their base game.

It should be noted that GTA San Andreas has more anti-aircraft features, so dominance in the air is a lot more difficult. That said, the Hydra is a lot better than the Hunter in this regard, as its extra speed can allow the player to avoid danger. Even in GTA Online, the Hydra was once an excellent vehicle and its still usable in today’s era of overpowered weaponized vehicles.

The flying broomstick is the most infamous example of a weaponized vehicle in GTA Online. Its reputation as a weapon of choice for griefers has made it very unpopular among the GTA Online community, but it is easy to see why so many use it for carnage. Its mobility is among the best out of any vehicle in GTA Online, and its ability to shoot missiles while flying is extremely strong.

There genuinely isn’t much that can beat an Oppressor Mk II one-on-one if both combatants are equally skilled. It’s worth noting that the Oppressor Mk II is a small vehicle, which means it’s difficult to blow up. However, skilled players could snipe the driver more easily thanks to the fact they’re on a motorcycle with no real protection.

The Toreador is one of the best meta picks in GTA Online today. It’s fast, durable, and has unlimited missiles. The Oppressor Mk II can only hold up to 20 missiles by comparison. This minor feat makes the Toreador extremely strong in conjunction with its other notable abilities.

Its booster allows players to glide through the air as if they were flying (not to mention glitches have existed in the past to allow them to fly in a technical sense). It can go underwater and is unmatched in that area in terms of combat. Like the Oppressor Mk II, it hasn’t existed in previous GTA titles, but its impact makes it a likely candidate to return in future games alongside other weaponized vehicles.