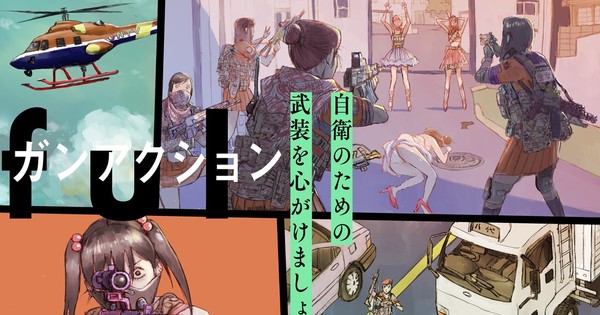 The gun-action manga follows two girls born in Japan during a civil war. Shimon Hanazawa is a woman who participates in her school’s “volunteer activities,” and Momoko Kо̄saka is her classmate and instructor.

Matsumoto and Yoshio Nagai launched the Ichigeki manga manga in Comic Ran in April 2016, before moving the manga later to Comic Ran Twins. The manga ended in November. LEED Publishing published the manga’s seventh and final compiled volume shipped on March 13. Matsumoto drew the manga and Nagai was credited with the original work.