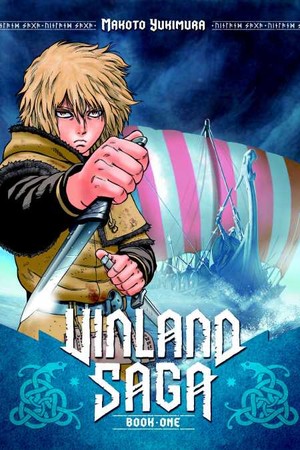 The August issue of Kodansha‘s Monthly Afternoon magazine revealed on Thursday that Makoto Yukimura‘s Vinland Saga manga will have an “important announcement” in the magazine’s September issue, which will ship on July 26. The manga will also be featured on the September issue’s cover.

Yukimura launched the series in Kodansha‘s Weekly Shōnen Magazine in 2005, but Kodansha moved the series to Afternoon later that year. Kodansha published the manga’s 24th volume in October 2020, and will publish the 25th volume on July 21. The manga received the Best General Manga award in Kodansha‘s 36th Annual Manga Awards in 2012. The series won the Grand Prize in the manga division in the Ministry of Cultural Affairs’ 13th Japan Media Arts Festival Awards in 2009.

Yukimura stated in November 2019 that he had started drawing the fourth and final arc of the manga. He said the final arc will be more than 50 chapters long with more than 1,000 pages, and will take “several years.”

The manga’s television anime adaptation premiered in July 2019. The anime streamed exclusively on Amazon Prime Video both in Japan and overseas. Sentai Filmworks has licensed the anime for home video release this summer.

After the 24th episode of the anime aired, the official website for the anime began streaming a “special video” for the anime. The video did not announce a sequel, but did tease the manga’s next arc after the end of the story of the anime.