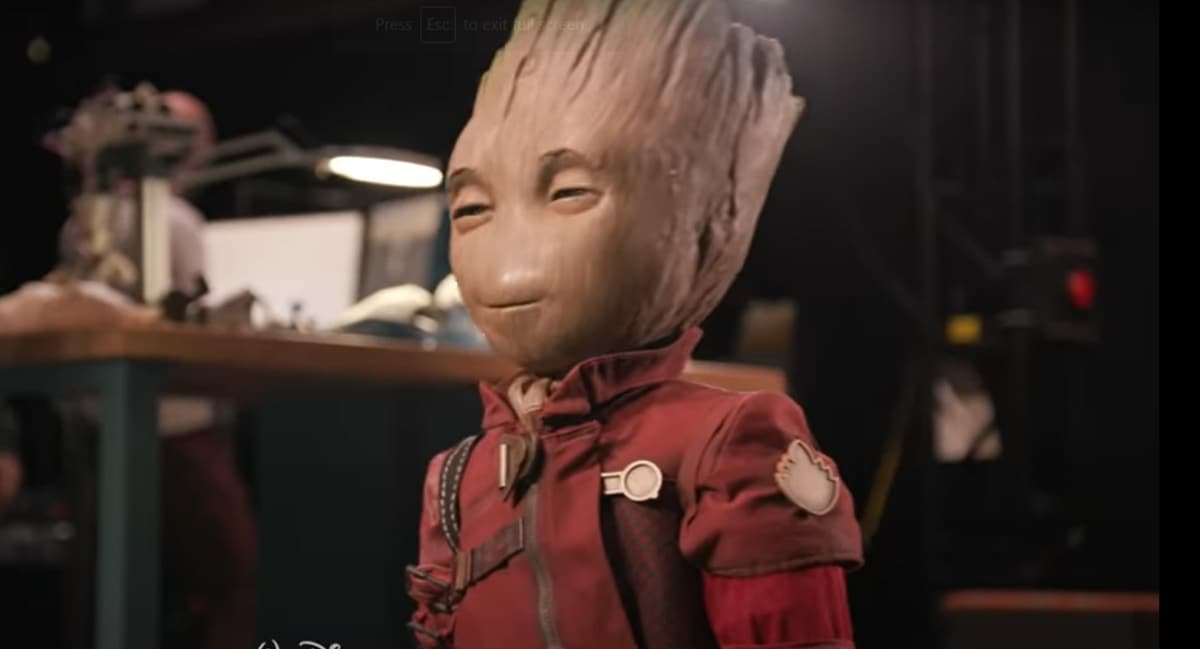 Disney’s R&D lab, known as its Imagineering team, has unveiled its new robot — an engineering marvel that is straight out of the movies. It walks freely, swings its arms at a relaxed pace, and looks just like ‘Baby Groot’. Disney engineers have spent more than three years to make the fully functional robot that can even make eye-contact with guests. A new report details Disney’s ‘Project Kiwi’ that plans to soon make its robots interact face-to-face with guests visiting Disney theme parks.

Disney engineers worked tirelessly to achieve this feat, using clever design to fit everything in a tiny space and given the robot a realistic texture, explains a report by TechCrunch. Still, its skeleton is hollow to let air circulate and cool its motors. It can reportedly go on for about 45 minutes on a single charge, but engineers are working to improve the back-up.

The video starts with an in-development robotic platform and Disney engineers testing it and making amends. Finally, Baby Groot walks out, waves, and begins dancing. It has an accurately textured face, hands, and feet. The legs use a system that makes motions more power-efficient and quicker, but the landing is gentle to allow shock absorption and add believability and self-balancing. To minimise the amount of wiring throughout Kiwi, the team is said to have created a set of origami-like circuit boards joined by integrated flex cabling.

It must not have been easy. The TechCrunch report says that the integrated structure of Disney’s Imagineering departments meant that the engineers could collaborate and share solutions. The robot, though breath-taking, is unlikely to be seen at Disney parks anytime soon.

As per the report, the engineers are now working on a new set of actuators that will ensure the robot is able to handle sudden human interactions. They are also working on a new sensor suite that will allow the robot to identify human faces and help Kiwi take the shape of any child-size character from movies and cartoons.

More than 100 million people visit Disney’s parks annually. And with Baby Groots casually roaming about in the parks, this figure is definitely going to explode.

We dive into all things Apple — iPad Pro, iMac, Apple TV 4K, and AirTag — this week on Orbital, the Gadgets 360 podcast. Orbital is available on Apple Podcasts, Google Podcasts, Spotify, and wherever you get your podcasts.