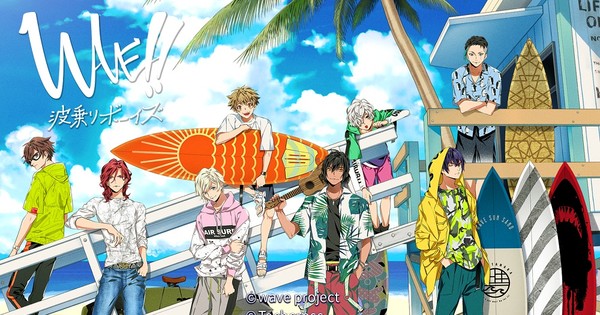 The official Twitter account for the WAVE!! ~Naminori Boys~ smartphone game app, which is part of Love&Art’s surfing-themed project WAVE!!, announced on Tuesday that it has ended service. The developers decided to terminate the service after concluding that it would be difficult to provide services to satisfy future customers, even after renovating the game system. Customers who have purchased in-game “Coral Stone” currency will receive refunds. The app became available for free for a limited time, starting on Wednesday.

The app launched on March 1.

The project’s story is set in the city of Ōarai in Ibaraki prefecture, and centers on Masaki Hinaoka, who befriends transfer student Shō Akitsuki before the summer break, and ends up getting hooked on surfing. Through the sport, Masaki will get to know new friends, and will also drift apart from them in his journey to adulthood.

The franchise also includes a radio program, various CDs, a four-panel manga in English and Japanese, and a smartphone game. Love&Art previously developed the Meiji Tokyo Renka franchise with Broccoli, and the B-PROJECT franchise with MAGES.